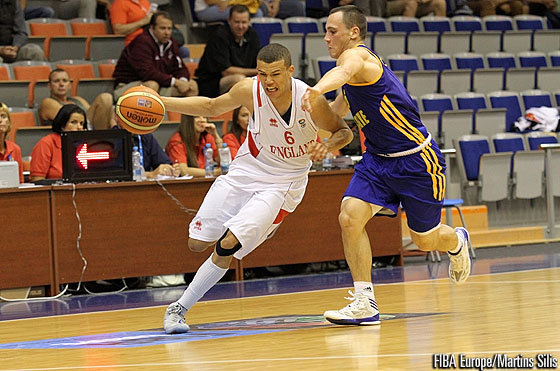 The England Under-18s secured their first ever win in Division A with a 93-81 victory over Ukraine on Friday afternoon at the European Championships in Latvia.

With England holding a slim 5 point lead with just under 4 minutes left, Luke Nelson scored 9 consecutive points to give head coach Steve Bucknall’s side a double digit cushion heading into the final 2 minutes.

“It was a good bounce back performance by the team which showed our character and depth,” said Bucknall after the game. “We were able to absorb their pressure and combat their huge scoring run. Eventually it was a gutsy performance from the team which gave us our first win in the tournament.”

24 fast-break points and five double-digit scorers proved to be the key to England’s win, turning a 41-34 halftime deficit into a 12-point win.


With Turkey’s victory over Croatia later on in the day, England are confirmed as qualified for the second round of the European Championship regardless of Saturday’s results

They will face Croatia at 6:45 UK time on Saturday to complete their opening round games.
Box score.