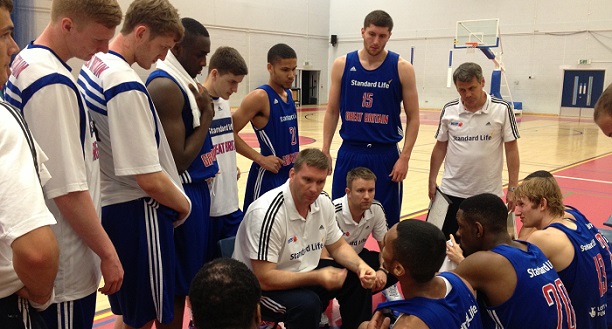 The Great Britain Under-20s kept their perfect record in warm-ups intact on Friday night, with an 89-88 overtime victory over Portugal, in Portugal.

Devon van Oostrum was the star man, as he finished with 39 points and 5 assists, including the three pointer to send it to overtime, and what turned out to be the game-winning free throws in the extra period, as Portugal missed their attempt at the final buzzer.

“Portugal was a tremendous test for our team development,” said head coach Doug Leichner after the game. “We had long travel from Helsinki to Portugal and didn’t arrive to our hotel until 4:00AM. There were a myriad of excuses the team could have used but refused to use any.

“Our mental preparation was great at shoot around and the men were locked in. To Portugal’s credit they are they best offensively spaced team we have faced. Their ball movement was superior as they were constantly attacking our closeouts. We made some adjustments in the second half and contained their dribble penetration better. Therefore, we didn’t have to rotate and help so much.

“Devon continues to play at high level and has been a pleasure to coach. He has a high basketball IQ and we’re on the same wave length. Our rebounding continues to be a strength as Matthew Don had 16 rebounds.

“Overall, it was a great game for both teams and we mutually benefited from the experience.”

Matthew Don once again dominated the boards, pulling down 12 of his 16 on the offensive glass, along with his 7 points. Raphell Thomas-Edwards had 11 points, whilst John Stewart, Nick Lewis and Rowell Graham added 9 each.

GB will remain in Portugal as they prepare to face Hungary on Saturday night.