Will Saunders Commits to Charleston Southern 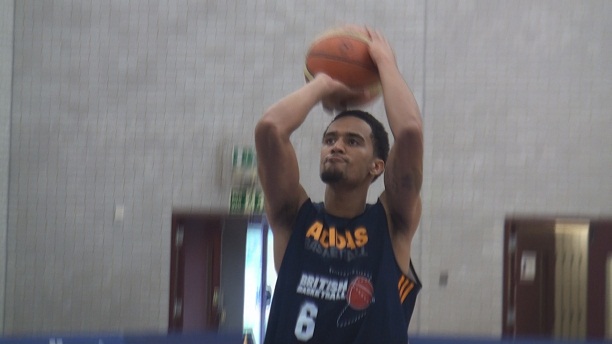 Former Great Britain Under-20 and College of Central Florida’s Will Saunders has committed to NCAA Division 1 school Charleston Southern.

The 6’7″, 195lb forward has averaged 10.9 points per game, and shot 39.8 percent of his shots from 3-point range for the 27-3 Patriots, who are ranked the number 2 team in the state and been ranked as high as number 5 nationally this season.

“I couldn’t think of any reason not to go there,” Saunders said. “They’ve got a system they play and they are one of the top teams in the nation in terms of 3-point attempts and makes.

“They’ve got a big gap next year on the wing and they want me to come in and hit the open shot and help them out on (defense). I think it’s one of the best fits for me as a player.”

“We’re excited for Will and he’s done an outstanding job for us,” CF coach Tim Ryan said. “He’s been a big part of two conference championship teams and he’ll leave here as one of the winningest players to ever play at our school.

“Charleston Southern is going to be a great fit for him.”

Saunders has scored a season-high of 23 on two occasions, the first time against Harcum (N.Y.) and the second against TAAG Academy. The Patriots are looking for their first state championship since 1996, as they take on State College of Florida-Manatee in the opening round of the state tournament on March 7, making a state-best eighth straight trip to the state tournament.

Hoopsfix wants to wish Will all the best with his NCAA Division 1 career!