Spanish side CB Cornella were crowned the 2012 Haris Tournament champions after defeating Akademie Weser 62-53 in the final at the Amaechi Centre on Saturday. 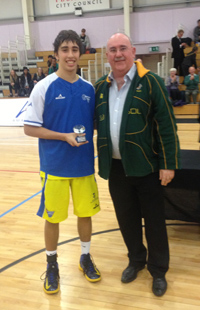 Cornella’s Aureli Luquero was named the 2012 Haris MVP after an impressive display in the final. He finished with 18 points, the majority in the first half, and 6 steals, as well as a handful of huge plays down the stretch to cool off a huge Akademier Weser rally.

You can find stats and all tournament leaders here.

Thoughts? Did you make it to Haris? Standout players/performances?