7 Random Thoughts From The London 2012 Olympics 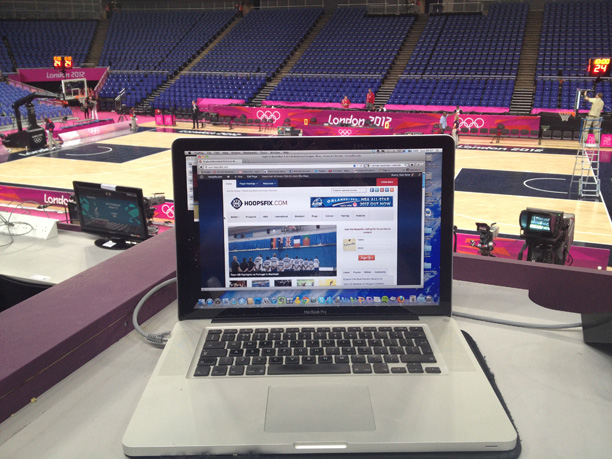 It’s crazy to think that after a 7 year build up, the London 2012 Olympic games is all over. So much hype, money, and work has gone in over the past few years, it is sad to see it all come to an end. What an *amazing* (stars to emphasise just how amazing it was) two weeks. I was truly blessed to have media accreditation for the whole two weeks, and got to see all the action first hand. Almost a year to the day after publishing 7 Random Thoughts from the Olympic Test Event, what follows are 7 random thoughts and reflections about the Olympic games. I’d love to hear your own thoughts in the comments!

Let’s get this elephant out of the room right now, shall we? You may have seen my thoughts on legacy before– my feelings are largely unchanged; what legacy? The reality is, for a 10 year old who saw the Olympic basketball on television and decides they want to play basketball now, things are no different than for a 10 year old who decided they wanted to play basketball 7 years ago when we first won the bid (interesting article here, using England Hockey as a case study on how they have capitalised).

Everyone I speak to agrees unanimously the standard of junior basketball in this country is going down, there is still no access to facilities and the level of coaching leaves a lot to be desired (not helped by all of our top coaches heading abroad).

The fact that GB will continue to exist, can only be seen as a good thing and may be the only tangible ‘legacy’ the Olympics has left. However, you are reporting increased interest in your grassroots clubs across the UK, so who knows what could happen over the next few years – I hope I’m made to eat my words! I will definitely be re-visiting this topic over the coming months and years. 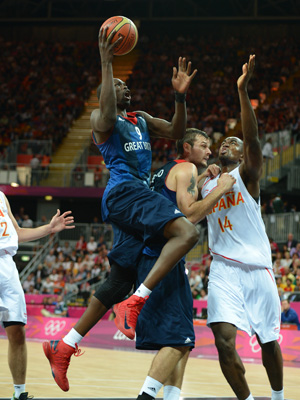 My dreams of seeing the GB basketball team making front page news never quite happened, and in fact, the media coverage of the actual games never quite seemed to live up to my expectations.

The fact that so many other sports were doing so well actually ended up hurting basketball. The sports pages had something to write about every day – the realisation the media only cares when you’re winning really hit home (unless you’re football). A combined 1-9 record between the GB men and women’s team just wasn’t enough to see us get more than a side column in most sport pages (that I saw).

Who knows what the GB team will look like in years to come. The centre piece, Luol Deng, has been non-committal about playing in the future (and for the record, I have no problem with that – he has more than done his bit for the programme and basketball in this country), some of the veterans (Reinking, Archibald) are retiring, others may just want a summer off(?).

There is no doubt that there will be significant change in any team that represents GB post-2012 – perhaps this is the chance to see a team built around young British guys that so many seem to want (DVO, MBA, Ogo, Justin, Richards & co.).

To see the USA team in person is spectacular. Not just their on court prowess, but the attention and adulation they received off it was just insane. During any game that was going on, if they walked into the arena there would be a buzz as everyone would start pointing, taking photos and trying to get close to them. No-other team came close to receiving the attention they did and no other player was loved as much as Kobe.

On the court? Wow. I’ve never seen a team put points on the board so quickly, it was just outright scary.

Perhaps the most disappointing thing (and this goes beyond just the basketball) was the amount of empty seats there were for every game. It seemed to be a result of two things:

1) Selling the tickets in ‘sessions’, which meant every ticket gave the buyer access to two games and so choosing the game they wanted to watch and not bothering with the other one,

and 2) The ‘Olympic family/VIP/whatever you want to call it’ allocations not being used.

It was pretty heartbreaking to watch an Olympic basketball final with thousands of empty seats (see above picture). Just should not happen.

I have a ton of personal memories that will live with me forever from the past two weeks, but there are a couple that really standout.

Being in the press tribune during GB’s improbable-almost-win-but-not-quite-yet-again game against Spain was truly special. As we hit clutch three after three, me and Stu (Tanner) were looking at each other like “shit, we’re actually going to do this!”. Seeing the crowd finally wake up in the last couple of minutes was just awe-inspiring. It’s one of those moments that gives just a tiny little glimpse of what could be in this country – those same moments that make everyone say the UK has the potential to be a world basketball powerhouse.

Outside of GB, USA’s scoring performance against Nigeria was just ridiculous, especially Carmelo’s 37 in 14 minutes. Never seen anything like it.

As expected, it has been a record period in terms of traffic to Hoopsfix.com with over 23,000 different people from 148 different countries visiting the site over the two week period the Olympic basketball was happening, and over 40,000 in the month around the games. It’s crazy to think what started as just an idea has grown into something way bigger than I could ever have imagined – and still doesn’t feel like it has scratched the surface!

Thank you for reading, sharing, commenting and connecting with me. It is hugely appreciated, and I hope you’ll still be here by the time the next Olympics comes around!

Did you check out any of the Olympics? Thoughts? Let me know in the comments!