The London International Basketball Invitational, the official test event for the London 2012 Olympics came to an end on Sunday with France taking home the title after going undefeated over the course of the week. What a week it was, with thousands of spectators passing through the doors, highlights galore and the GB team being showcased in some of the most exciting games I’ve seen in a long while. I’m gonna take a little look back and hit you with 7 random thoughts from the week. 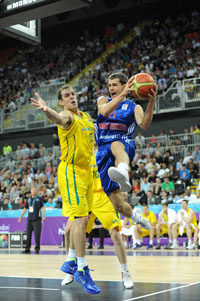 How nice is it to see, a Great Britain team with some young, legitimately British, prospects really contributing? Not only have Andrew Lawrence (21) and Devon Van Oostrum (18) proven they belong, but also provided inspiration to thousands of young ballers up and down the country. Ryan Richards (20) didn’t get much of a chance to prove himself this week, but impressed in Cobham, and will no doubt be a part of the team for years to come. With pretty much all of our top prospects being based abroad, having some of these games on the BBC/internet for people to see with their own eyes has been awesome, and has no doubt fuelled younger players to work harder to achieve their goals.

A number of people have commented about how empty the arena was. LOCOG only released 2600 tickets per session (which included all three games per day), so in a 12,000 seat arena, the place looks pretty empty. Added to the fact that a lot of those 2600 only showed up for one game, a lot of the time it would be even emptier. Unfortunately, as has been a recurring problem over the years, there was a serious lack of crowd support for the team. Whether that is because the majority of the crowd knew little about basketball, or it’s just a British thing, I hope next year it changes. A home crowd getting behind a team really can make all the difference.

The amount of media coverage this event got in the UK was crazy (BBC covered it all week, the Independent, Guardian, Telegraph to name a few) , and really made me realise how big the Olympics is going to be. Yes, it wasn’t necessarily about the basketball-the only reason the tournament got so much interest was because it was the first competitive action to take place on the Olympic park (Tuesday, the opening day was by far the busiest day in terms of a media presence-everyone seemed to disappear for the rest of the week), however, the buzz around the Olympics is huge. Next year will be the time when basketball is finally thrust into the limelight and shoved in front of everyone’s faces. I just hope there is a decent enough strategy in place for the sport to truly take advantage of it. 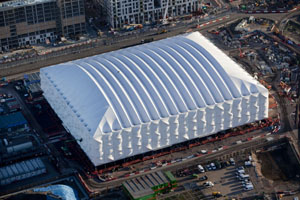 What a spectacle. A meringue-resembling 12,000 seat arena, nothing like we’ve ever seen in this country before. Just for basketball. But it’s temporary. Luol Deng and a number of the other players have repeatedly expressed their dismay at it not being a permanent structure but the (wrong, in my humble opinion) decision has been made. With the 2016 Olympic games hosts Rio De Janeiro said to be extremely interested, the venue will be moving on to greener (and hotter!) pastures. The ODA said in a press conference they had concerns over it being a “white elephant” and see the 7,000 seat handball arena as the basketball legacy from the Olympic games.

Easily the highest level basketball tournament that has ever been seen in the UK. France were great to watch, with Tony Parker being too fast for anyone to stop and Nicolas Batum trying to bang on everybody, Australia had the impressive Patty Mills and Brad Newley back court combination, Serbia’s Teodosic did as he pleased making it appear effortless the whole time, and GB, the home team, easily had the most exciting games of any team throughout the tournament. The Olympics are going to be crazy, and I look forward to the day in the future when we host an international championship.

Despite the games not being televised or streamed until the weekend, FIBA did a great job covering the tournament, which wasn’t short of highlights. My play of the week? Jianlian Yi throwing down a disgusting two handed facial on Croatia’s Barac (view it here). France’s Nicolas Batum would’ve probably filled up the rest of the top ten by himself, taking a number of scalps over the course of the week (including this nasty one on GB). They also did a really nice ‘Basketball Diary’ series, which you can see on their Youtube channel. 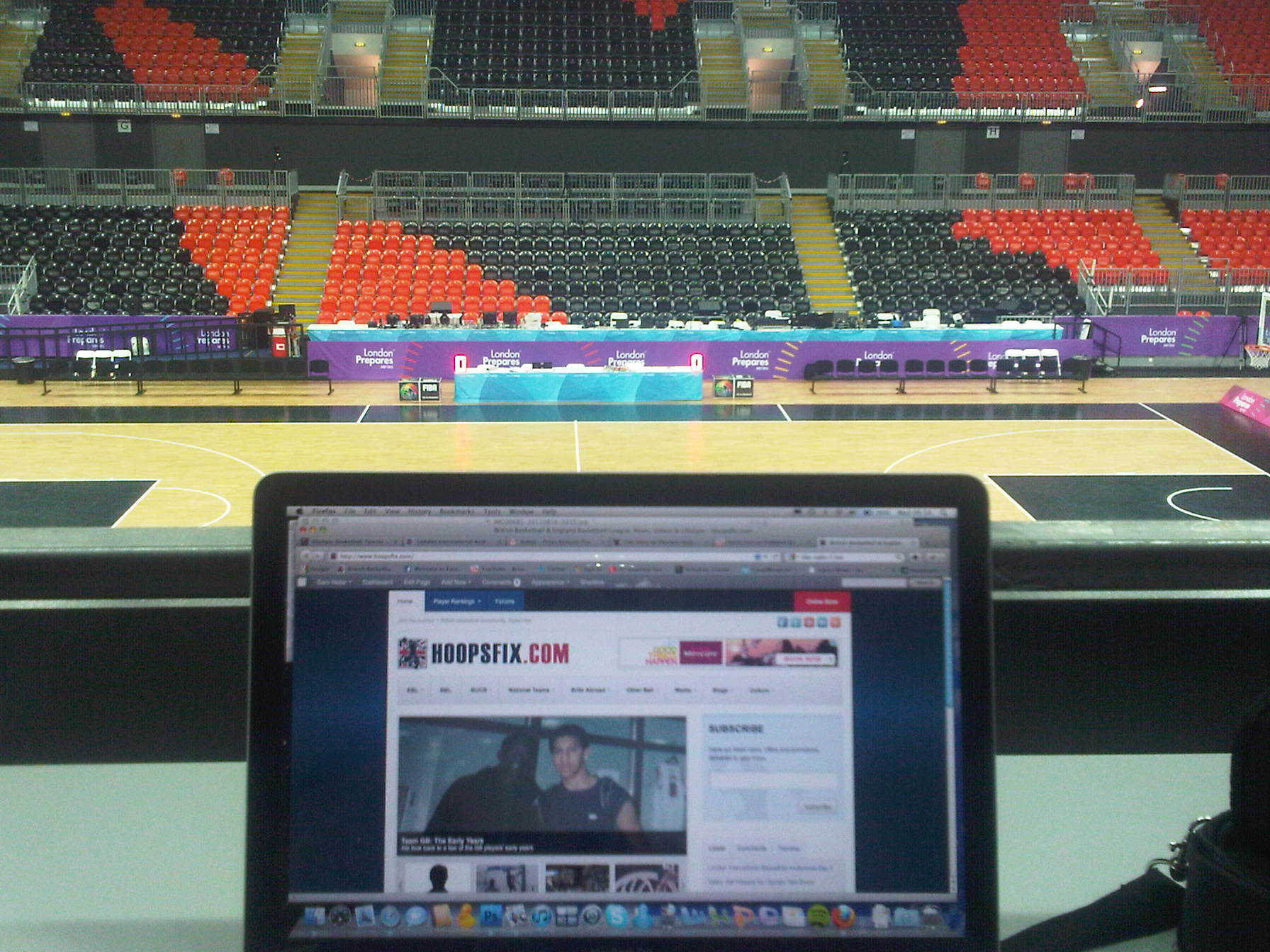 Hoopsfix in the arena

It was a near record week for Hoopsfix.com in terms of traffic to the website. With 10,500 different people from 99 different countries logging on and looking at near 50,000 different pages, it is a testament to the considerable growth the site has achieved in it’s short existence. All I can say is thank YOU for that, thanks for continuing to read our continued ramblings and thank-you for supporting my efforts to do all I can to promote the game we all love so much.

Did you attend the tournament? What did you think? Would love to hear your thoughts in the comments box!