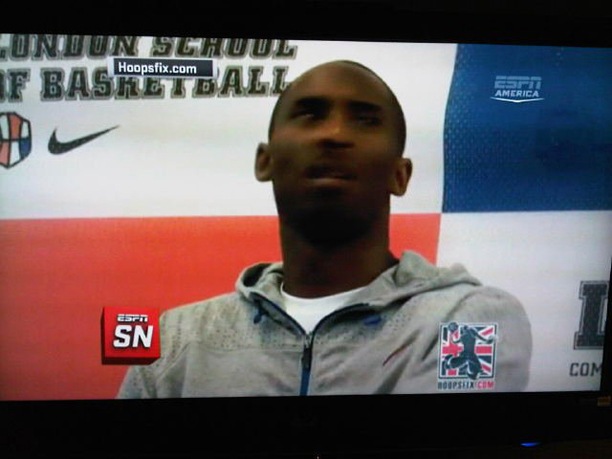 As 2010 comes to a close, I thought it would be good to look back at the year that Hoopsfix has had. Launching January 1st 2010, it is almost exactly a year to the day since the site’s inception and the last 365 days have had many great moments. Here I’ll take a look at what I think are Hoopsfix’s Top 10 Moments from 2010.

10) Breaking 10,000 Unique Visitors in a Month
In June, just after 6 months of launching the website broke the 10,000 unique visitors in a month barrier, proof in itself of how quickly something can grow if you produce content of value in a market that needs it. It was a great milestone to hit, but it was only going to get better….

9)  Guardian Activate Summit
Through my affiliation with the Virgin Media Pioneers program, I got a great opportunity to go and speak on a youth panel at the Guardian Activate Summit (an exclusive one-day summit for leaders across all sectors to explore how the web and associated technologies are reshaping our world). With a number of ‘big fish’ in attendance, it was an awesome opportunity, and gave the website an even bigger audience.

8) Getting Youtube Partnership Status
The Youtube Partnership status was one of the original goals I’d set out for the site, but didn’t envisage it happening until 2011 at the earliest. When I received the email in August announcing I’d been accepted into the program, it was a huge step forward for me in attempting to monetize the content the site produces for free. Not only do I get some pocket change, but Youtube now helps with the promotion of my videos-exposing British basketball talent to even more people!

7) Breaking 1,000,000 views on Youtube
This was in large part to one particular video (see number 1!), but breaking 1,000,000 upload videos on Youtube was a massive milestone. Fast approaching 1.5 million views, I hope 2011 will see this number multiply many times over!

6) Getting Published at SLAM Online
I’ve grown up reading SLAM magazine, and though it’s not quite the magazine just yet (2011 maybe?!), it was still awesome to get an article published over at SLAM Online, their online subsidiary. Talking about the growth of basketball in the UK and the ‘Back British Basketball campaign’ (see number 2), the article received a great amount of interest and comments (feel free, if you haven’t already, to get in there and post one!) and was a big stamp of authority for Hoopsfix.

5) Ryan Richards Mixtape
Catching everyone by surprise, Ryan Richards declared for the 2010 NBA draft in April. It suddenly hit me that people are going to be searching for video of this kid, especially after his combine performance. With a number of DVD’s sitting on my desk he’d sent me a few months before, I knew I had to strike whilst the iron was hot! After a couple of all nighters I released the Ryan Richards mixtape, that has now broken 30,000 visitors and been featured all over the web, including SLAM Online, Sports Illustrated, European Prospects and Marca a huge Spanish newspaper site.

4) Breaking 20,000 Unique Visitors in a Month
After a few months of fluttering around 15,000 uniques a month, it was the month of October, 10 months since the launch that the next big barrier was broke-20k uniques in a month. A testament to the growth and reach of the site, I’m hoping 2011 sees us double that at least!

3) Midnight Madness Dunk Contest Video
Midnight Madness this year, I believe, produced more highlights than any other previous year, and perhaps none more impressive than the dunk contest at finals night. Featuring Jus Fly of Team Flight Brothers and Guy Dupuy, you knew they were gonna bring something special (there were other entrants, but lets face it, it was a two-horse race from the beginning). I stayed up til 3am to get this online first, with the results being worth it-it now has 170k views on my Youtube channel, 120k on TFB’s official channel, was featured on ESPN’s Sports Nation, and a number of websites across the globe.

2) Back British Basketball Campaign
One of the highlights of my year personally was spearheading the Back British Basketball campaign, which I felt made a huge difference to GB’s fortunes over the summer, creating a buzz around the Great Britain national teams that has never been seen before, whilst also providing me with one of the best summers of my life. Me and Sillky travelled the country doing what we could to promote UK hoops, resulting in mentions in the Daily Mirror, quotes in the Wall Street Journal, an interview on Channel 4 and a 15 minute short film chronicling our journey. The site is still live where you can see what we got up to.

1) Kobe Bryant Exclusive
If someone told me at the beginning of 2010 that I’d be meeting Kobe Bryant within the year because of Hoopsfix, I’d have asked them what they’d been smoking. If they’d then told me I’d end up with a worldwide exclusive that would go viral, with over 1 millions views online (800k on my Youtube channel, 400k on WorldStarHipHop), and being featured on American national television (see intro image), and a number of the biggest websites in the world, I would’ve told them now they’re just taking the p*ss. Still can’t quite believe it happened, but still by far my best Hoopsfix moment of 2010.

There it is…
So there we have it, 2010 has no doubt been a big year, but this IS just the beginning. We have a huge number of plans in 2011, so keep it locked and keep doing everything you’re doing -visiting the site, spreading the word, subscribing via email and on Youtube, following on Twitter and suggesting friends on Facebook; this wouldn’t be possible without you guys.

A huge sincere massive thank you for the continued support, in particular all those who have contributed to the site and welcomed me to their arenas, nobody appreciates it more than me. I hope 2011 brings you everything you want it to and I’ll leave you with a favourite quote of mine that sits above my computer as I work.

“Making your mark on the world is hard. If it were easy, everybody would do it. But it’s not. It takes patience, it takes commitment, and it comes with plenty of failure along the way. The real test is not whether you avoid this failure, because you won’t. It’s whether you let it harden or shame you into inaction, or whether you learn from it; whether you choose to perservere”-Barack Obama