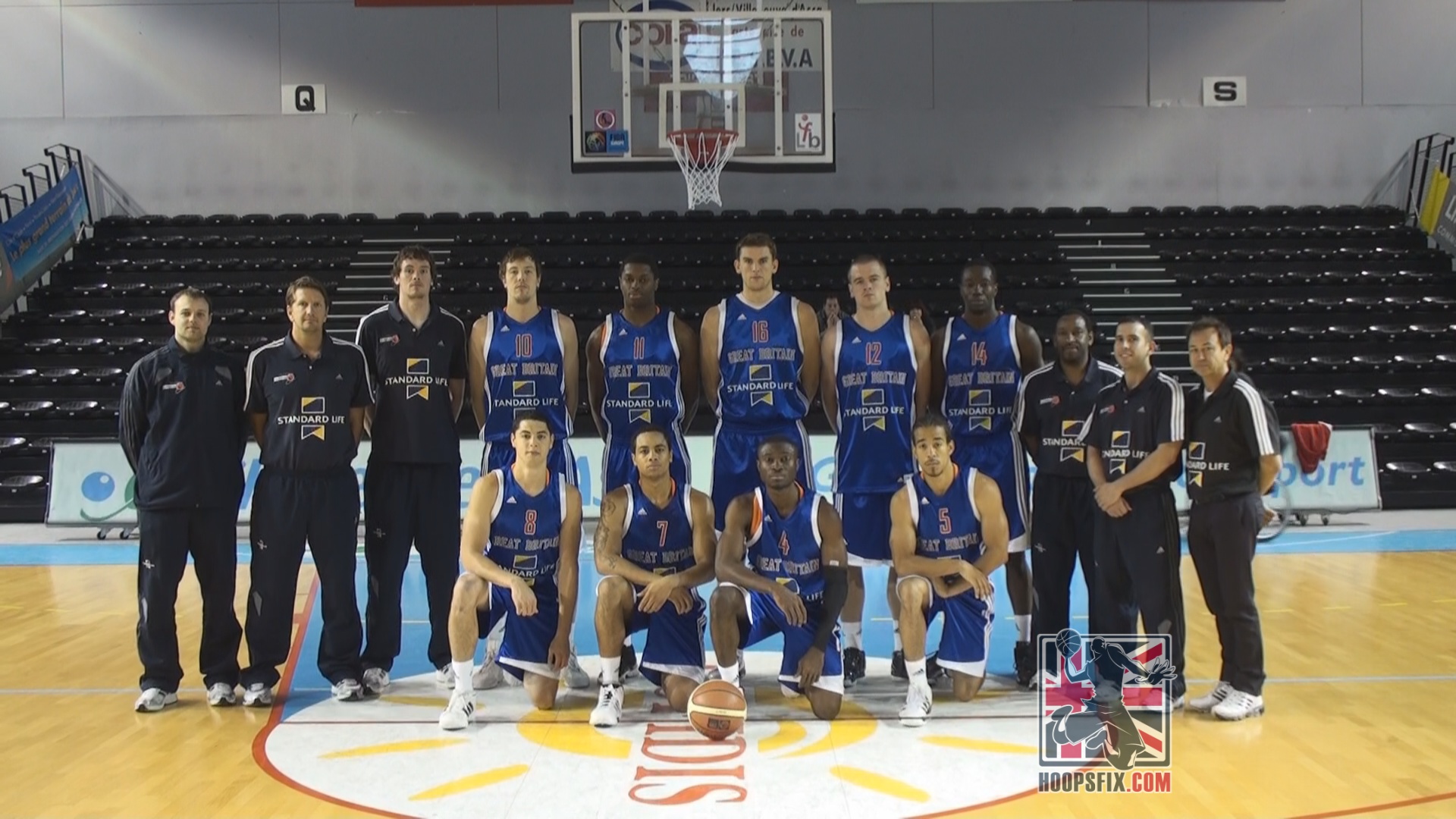 The GB U23’s returned from the International Future Challenge in Lille, France on Monday with a 2nd place finish behind the home nation France. Belgium took 3rd place and Luxembourg 4th after going winless. If you missed them, you can see my individual recaps of each GB game below;

Thought I’d just throw in some overall thoughts on the team, tournament and players now it’s all over:

–The GB U23’s program is an awesome idea. Really bridges that gap betwen the Junior and Senior level and I think will help a lot with players development in the future. British Basketball are making some huge steps forward this year.

–Development; Continuing on from the first point, the U23’s is a natural progression into the Senior Men’s, especially with Chris Finch taking the reigns. Teaching the U23’s Finch’s principles at this level will help massively with their progression into the Men’s squad. GREAT to see another three of these guys called up to the men’s (Bailey, Adegboye and Hamilton) on top of Matthew and Justin who were already gonna be there.

-Synergy. British Basketball and England Basketball seem to really be on the same page with a lot of this. A large part of this team will be playing for the England Men’s team which is coached by Paul James; he was in Lille as an Assistant Coach to Finch. No doubt a lot of the same principles will be used, making the transition smoother for all.

–Quality of the tournament; The Belgium team were actually their U20’s team, and the French team was actually only from the North region of France. That would make it appear that we perhaps should have won every game, but bearing in mind both Joel Freeland and Dan Clark could play for the U23’s, we didn’t have our strongest team either.

-Organisation of the tournament; Really well organised by all staff just a shame more people didn’t show up. Being able to just go and grab stats at half time and at the end of the game without a fuss was amazing, as opposed to in England where I have to ask if I can have 5 minutes with the box score and sit down to go through it. Pity there wasn’t more of a web presence, but no real other complaints from me.

–Highlights. As expected, this team wasn’t short of highlights. Looking forward to doing the highlight reel :)

–Matthew Bryan-Amaning was pretty much unstoppable throughout the tournament averaging 22.3ppg in GB’s three games. His mid range game has improved a lot since when I saw him last year; he has got much more consistent with his 15 foot jumpshot. I expect to see him make the final Senior men’s roster and contribute.

–Devan Bailey was the revelation of the tournament for me. I honestly didn’t believe he would get a lot of burn behind Justin and Ogo but proved himself and really competed for minutes with them, doing a lot of the little things. A real pass-first point guard who made some great contributions off the bench.

–Ashley Hamilton was impressive. The first time I’ve seen him play and have nothing but good things to say. A real team player, didn’t force shots and played unselfish. Has put on a lot of muscle since his GB U20 games which has only added to his game; showed great aggressiveness attacking the basket and teams didn’t have an answer for him. Averaged 13.5 ppg and a team high 8.6 rpg.

–Ogo Adegboye is GREAT to watch. He loves the game, and plays with real passion and enthusiasm. Was the real ‘glue’ on the team in my opinion, encouraging people, and showing great team spirit, something that is lacking on a lot of the National teams we have. Not to mention he also played great, shooting the 3 ball, directing the offenses and playing tough D. Averaged 11.3ppg.

–Justin Robinson is so solid. He plays with real poise and you could see he was one of the more experienced members of the team. Teams had trouble dealing with his quickness off the dribble, as he easily got to the basket when he wanted to. Stretched defences with his outside shooting. Was second leading scorer on the team averaging 14.3ppg.

–Andy Thompson, a late addition to the team, provided a nice boost off the bench, in particular with his rebounding. Crashed the offensive boards hard on every possession, resulting in many second chance opportunities.

–Ben Eaves averaged 8ppg, having his best game against Luxembourg with 14 points. Foul trouble hampered him at times. Has a good shooting touch, with a very nice mid-range jumpshot.

–Liam Potter, despite starting, struggled to get consistent minutes. Struggled with offences, and unfortunately didn’t get a chance to see a lot of what he can do.

–Colin Sing, being one of the youngest there would always struggle to get minutes behind the likes of MBA, Hamilton and Eaves. Struggled with the offences, but plenty of time in the future to become a bigger contributor. I think the tournament was good for his own development and future international endeavours.

–Adrien Sturt, the Aussie no-one had heard of, showed a nice shooting touch in the first game, hitting three 3’s. He was playing with an injured ankle though, agitating it in that game and having to sit out the final two games of the tournament.

–Great guys; Just wanted to shout out the whole team, for not only being great on the court but being real cool off it. Did a few interviews with them that they were more than willing to oblige with and they’re all real laid back and easy to get on with. Makes my life easier :)