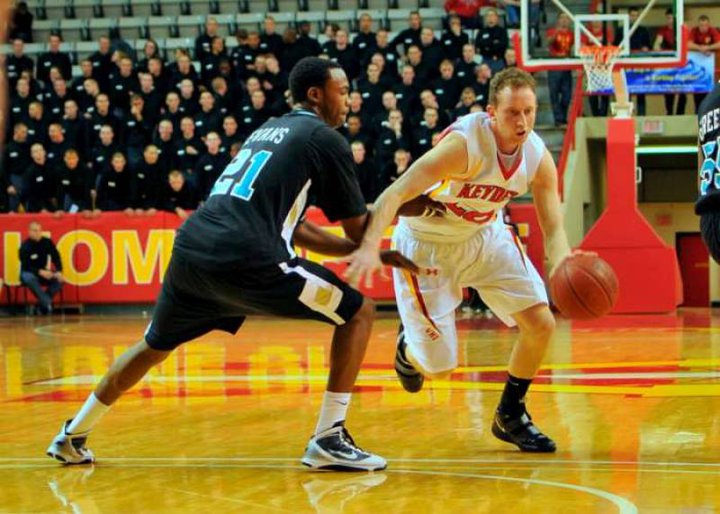 Hoopsfix 1 on 1 is a new website feature where I grab an interview with British basketball people to get a deeper look at the UK scene; players, coaches, employees and anyone else relevant to British basketball. To tip it off, check out VMI baller Carl Josey…

I tell you what, do not sleep on Carl Josey. I first got a proper glimpse of Carl last Summer at Midnight Madness (2009), where he was straight up killin’ people with his smooth all around game. At 6’5, 195lbs Carl Josey is a product of legendary Coach Jimmy Guymon’s Solent programme, in 2005 he enrolled at The King’s Academy in Tennessee where he averaged 20 ppg, 14 rpg, 4.7 apg in his senior year before being recruited by NCAA Division 1 school Virginia Military Institute. He has just finished his basketball career at VMI and is awaiting for school to finish before returning to England in May. He took some time out from his busy schedule to answer some questions for Hoopsfix about his basketball career so far.

HF-You were originally from Surrey, how were your experiences playing there?
CJ-I actually didn’t move to Surrey until I had finished secondary school in Southampton. My first team was the Southampton Trailblazers and I played there for two years. I then spent the next year playing for The Solent Stars at the Under 16 & 18 level playing with Matt Guymon and being coach by his dad Jimmy Guymon. That year for the Stars I developed a lot from the coaching I received, and the experience from my first year playing in the national league. The following year I spent at East Durham Basketball Academy where I play in the northern premier league compared to the southern the previous year. Both years playing national league I had good seasons and got valuable playing experience.

HF-In 2005 you went to High Shool in the states, how did that end up happening?
CJ-I ended up going to High School in Tennessee through Todd Stone, who had played in College and Pro basketball. Todd took myself, and some other players to workout with various colleges and high schools and I ended up getting interest from some coaches. I decided to attend the same school Todd had gone to and ended up there in September of 2004.

HF-And how were your experiences there when compared to England?
CJ-Compared to England I would say the amount of attention basketball gets is unbelievable even at the high school level. I went from playing in front of maybe 40 people in England to close to 400-500 each game at high school. Another thing would be the media. In the Under 16 & 18 national league you could drop 30 and 15 and only a few people would know, whereas when you are playing well in America you get newspaper interviews and people you don’t even know recognize you. As for competition wise the talent level is similar but slightly more competitive, though accessibility is a key factor that enables players to develop. At High School I had access to the weight room, court, and other training facilities as much as I want.

HF-You then signed for the VMI Keydets, can you tell us a bit about the recruitment process for that happening?
CJ-Well when I got to America I was told I might only be able to play during my junior year and have to sit out my senior year, so I was looking to sign after just one season. I started getting interest from mostly mid-low major division 1 school and division 2 schools following my junior year. The whole process was overwhelming at first. VMI actually came pretty late and I had planned to sign with Lipscomb a mid-major in the Atlantic Sun but VMI were very persistent. My coach had told me if I graduate from there I would never have a problem getting a job in the future because of the academic reputation. I wasn’t keen on the military at first but visiting the school and seeing the facilities were a plus. At the time they were looking for me to come in and make an immediate impact at shooting guard so I thought coming here I would get to play a lot compared to going somewhere bigger and developing overtime. Also, the fact that Ohio State who had Greg Oden and Mike Connolly were on the schedule for the upcoming season alongside Penn State, that had an influence in my decision.

HF-You had a tough 4 years at VMI seeing limited minutes, how do you look back on your college career now? Any regrets?
CJ-Tough question, college was an experience to say the least, I had a lot of injuries and I had to adapt to playing more of a forward type role when the coaches switch to a different style of play that was more orientated around smaller guards. I could sit here and say that I wish I had ended up choosing a different school where a coach would have given me more of an opportunity to play and kept me as a shooting guard, but VMI was my choice and I never liked to quit things. I was very thankful for the opportunity to play college ball, as I know there are players out there who never get to play in college. I don’t have any regrets because I felt I practiced and played hard every time I touched the floor. I actually felt like I became a better player because I was working out so much to get more minutes and I developed a better understanding from playing multiple positions during practice and games. At the end of the day the coach is the coach and you develop to learn your role on a team. I learned valuable life lessons from playing college basketball on how to deal with situation that have made me a better player and person. 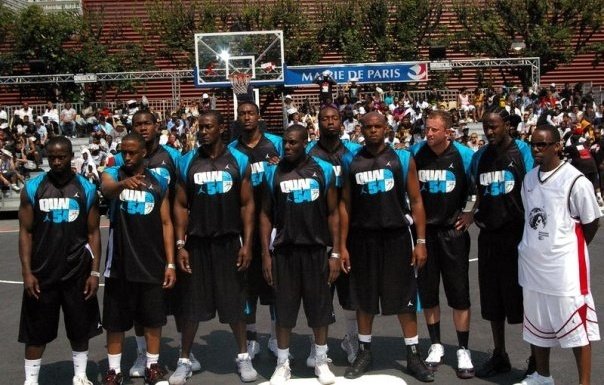 Josey was part of the British team that played in Quai 54, the top streetball tournament in Europe

HF-And what’s next for you?
CJ-Right now I am just continuing to stay in shape and develop my game. I receive my degree in May, and then I am looking to continue playing back in Europe.

HF-Do you currently have any teams showing interest? Do you have a preference to where you play?
CJ-No at the moment I haven’t talked to anybody, I am just waiting until I get back home to talk with old coaches about the situation. I have no real preference for where I want to play, just somewhere I can be comfortable and help out.

HF-Any plans for the summer?
CJ-Mostly this summer I will be working out and catching up with family and friends. I am going to try and attend some free agent camps and give some more coaches an opportunity to see me play. Definitely be hitting up the Midnight Madness circuit again, Nhamo, Junior, and Jackson I owe a lot to as they provided a lot of support with regards to my situation in college. Hopefully I can get the opportunity to play in the Quai 54 tournament again as that was a great experience last summer.

HF-What would you say to other younger kids who are looking to get a pro career?
CJ-I would just say work hard, be willing to learn, and be able to accept failure, and use it to make yourself better. Understand there are millions of people out there working for the same dream of playing at the highest level, so what are you going to do to put yourself ahead of everyone else.