4 Reasons Why We Rebranded to Hoopsfix - Hoopsfix.com

Support
Home / Everything Else / 4 Reasons Why We Rebranded to Hoopsfix

4 Reasons Why We Rebranded to Hoopsfix 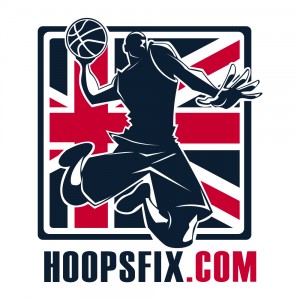 So as you may have (should have!) noticed, the site is going through some changes at the moment. Gone are the days of Ball Don’t Brawl, 2010 sees the rebirth of BDB as Hoopsfix which is the name that is going to take us forward for many years to come.

Many people on the Hoopsfix Facebook page, and in person, have asked (and protested) the name change. So why did I decide to rebrand from Ball Don’t Brawl?

1) It wasn’t relevant anymore
When I originally set up Ball Don’t Brawl, the plan was for it to be a social enterprise aimed at combating gang, gun and knife crime in the capital through basketball. The name makes sense for that right? It wasn’t until I filmed some bits and put them on the Ball Don’t Brawl Youtube account that I realised there is a huge need and market for coverage of British basketball, so the whole plan changed, but as the name was already there it just ended up sticking. BDB is not at all relevant anymore to what we’re trying to do, it needed to go.

2) People couldn’t get the name right.
“Ball Not Brawl”, “Brawl Don’t Ball”, “Brawl Not Ball”, the list goes on. You should see some of the search engine queries we were getting! It makes it ten times more difficult to do something when people cannot even remember the name correctly!

3) Search engine rankings
A move away from .co.uk to .com. Despite .co.uk being distinctly British, and pretty much representing exactly what we’re trying to do, there are some pieces I am going to be writing which will appeal to an international audience as well (e.g. stuff on Brits abroad), .com ranks better in search engines and it is traffic I don’t want the site to miss out on.

4) Hoopsfix is a sick name!
Hoopsfix.com is short, snappy, catchy and sounds a lot better, not to mention it actually 100% represents what we are trying to do; give you hoop junkies your British basketball fix.

So there it is, an explanation behind the recent goings on! You would have also noticed, there haven’t been any site/video updates for a little while. I am removing everything with the BDB logo on and replacing it with the new Hoopsfix.com logo. All the videos are being removed off our current Youtube channel, edited for the rebrand and reuploaded to our new official Hoopsfix Youtube account. This is a time consuming process so it will take a few more weeks to be completed.

We have huge plans for 2010, including what I hope will be daily updates, twice weekly videos and me living the dream, earning a full time living from the site allowing me to dedicate all my time to it.

Thank you so much for your ongoing support, all the best for 2010, and I will leave you with my motto for the New Year;

“Never settle for the momentum of mediocrity”