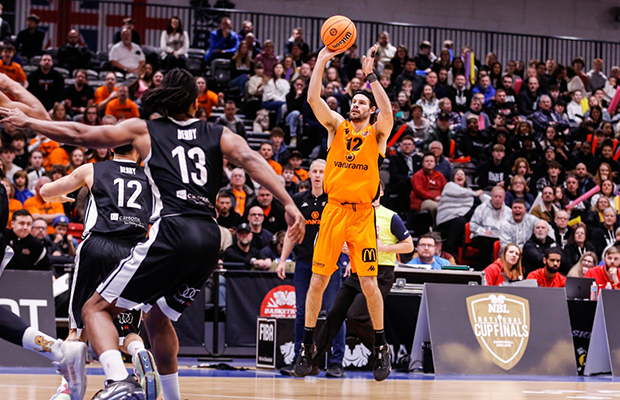 Taylor Johnson put on a masterful performance while leading Hemel Storm to the National Cup with a 102-81 victory over Derby Trailblazers on Sunday afternoon at the National Basketball Performance Centre in Manchester.

Johnson went for 41 points, 5 rebounds, and 4 assists and was particularly dominant in the first half, forming a spectacular backcourt duo with Sam Newman who finished with 17 points and 16 assists on 5-of-7 shooting.

A close first period saw the teams go back and forth with Derby holding a lead early in the second period, but a 24-3 run through the second quarter where Hemel put 41 points on the board proved to be the Trailblazers’ undoing and it was plain sailing from there.

Malcolm Smith had 27 points and 10 rebounds to lead Derby, with Eric Donaldson adding 13.