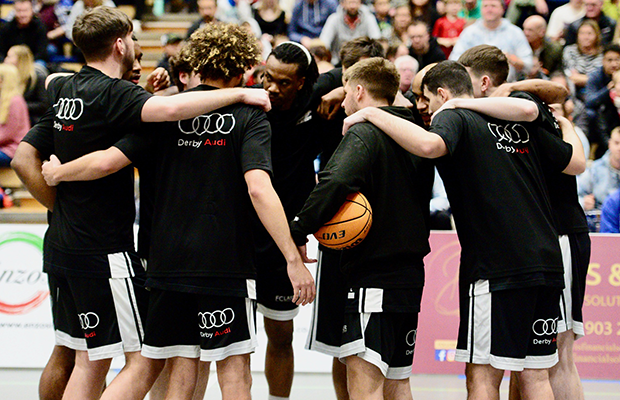 The Senior National Cup finals are set after teams playing their respective semi-finals at the weekend.

Thames Valley have cruised to the final, with their nearest margin of victory being 27 points. They have carved through Ipswich, Cardiff Met Archers II, and City of Birmingham Rockets, who they took down 88-57 in their semi-final behind 23 points from Kat Goldsby.

“This is multiple years of hard work, and we want to make the most of this National Cup experience. This should be a great game for the fans as both teams play hard on both sides of the court.”

Reading took down Loughborough 52-42 in their semi-final on Sunday to book their final spot, as they’ve had some closer calls, escaping with just a four point victory over City of London Academy.

“It’s been a long journey for us, getting to the WNBL Cup final this year,” Reading’s Kristina Karpova said.

“Facing CoLA in the second round was tough, but we managed to overcome them, which gave us a lot of extra fuel.

“We will be facing an unknown quantity against an experienced Thames Valley squad. We are all focused and ready to take on that challenge. On a personal level, this will be my third final in Manchester and I’m looking to make it third time lucky.”

The teams have only met once before in the National Cup, with the Cavs taking the spoils in a 76-55 third round victory in 2021/22 season.

It will be Derby Trailblazers taking on Hemel Storm in the Men’s National Cup final after both won their respective semi-finals at the weekend, being the first time the pair have faced each other in the National Cup in the past 14 seasons.

Their cup journey started with a 102-80 win over Bristol Academy Flyers, followed by wins against Reading Rockets (106-77) and quarter-finalists London Sharks (91-81).

“As a club, we’re ecstatic to be heading back to Manchester. Our goals for this season have been very clear and this is the next step on our journey to achievement. Derby, headed up by Matt Shaw, are always a challenging opponent, but we are prepared for whatever they throw at us.”

Meanwhile, Derby took down Worthing Thunder 84-79 on the road to book their first ever appearance in a National Cup Final.

Derby used a controlling third quarter to gain an advantage then fought off a fourth quarter comeback from the home side. Malcolm Smith had 28 to lead the Trailblazers.

Derby’s road to Manchester started with an 89-69 win over D2 side Leicester Warriors, before putting the sword to Loughborough Riders (92-70) and Nottingham Hoods (109-77).

“We’re thrilled to be in another final,” exclaimed Trailblazers Head Coach Matt Shaw.

“It was a real battle against Worthing. I don’t think either team played the best basketball they’ve played all season, but it really was a war out there at times so I’m just pleased the lads found a way to get it done.