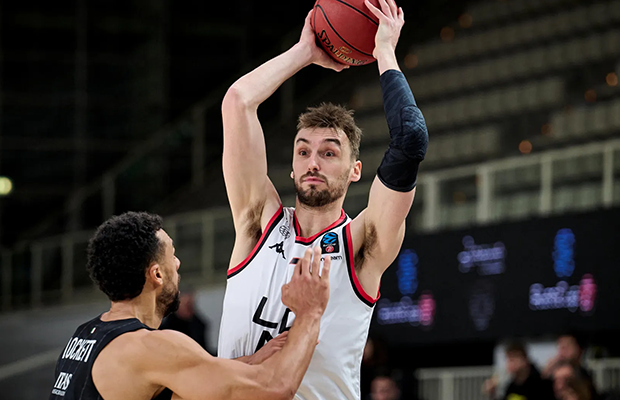 London Lions pulled away in the second half to get a 70-84 win over at Trento on Wednesday night in Italy.

Sam Dekker had 14 of his 23-points in the first half, helping the visitors overcome 16 turnovers in the opening two periods to end a three-game losing streak in the competition.

A pair of Aaron Best three pointers in the fourth to give Lions a 12-point lead proved to be decisive, as they shot 47% from range and continue to have the most successful run for a British team in EuroCup history.

The result lifted London to 5-6 in Group B and boosted their hopes of reaching the playoffs, as center Kosta Koufos added 14 points and 10 rebounds.

Youngster Matteo Spagnolo and Darion Atkins led Trento with 13 points each as they dropped to 2-9 in Group B with their third successive loss.