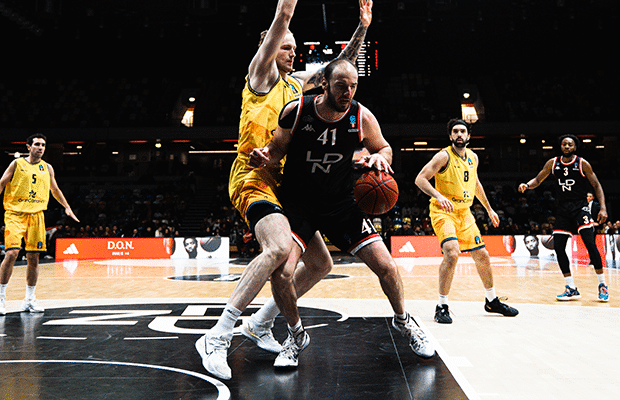 London Lions suffered a heartbreaking 57-60 loss to Gran Canaria on Tuesday evening at the Copper Box Arena in East London.

A fall away three point attempt to force OT from Sam Dekker in the dying seconds fell short, as Lions were unable to avenge an 18-point loss in the two teams’ first meeting at the end of October.

It was a marked improvement for London against the Group B leaders Gran Canaria, who improved to 10-2 with the victory, but they will be kicking themselves for their 11-of-22 free throw shooting.

“That’s a really good team, they’re in first place for a reason. I thought we made too many mistakes in the first three quarters to beat a team of that calibre. But look, we did a lot of good things in the fourth quarter that put us in a position to potentially tie the game, but credit to them.”

A 9-2 run to finish the first quarter put Gran Canaria in control and they would lead the rest of the way, extending their lead to double digits at times.

Gran Canaria’s Damian Inglis getting ejected with a little over 5 minutes to play awoke the crowd, sparking Lions’ final charge; a 7-3 run to pull Lions within 3 and set up a thrilling finish.

Dekker had 18 points and 6 rebounds on 6-of-9 shooting to lead Lions, with Kosta Koufos adding a 15-point, 11-rebound double-double.

Lions dropped to 5-7 with the defeat, and will look to bounce back on February 1st on the road against Buducnost VOLI Podgorica.