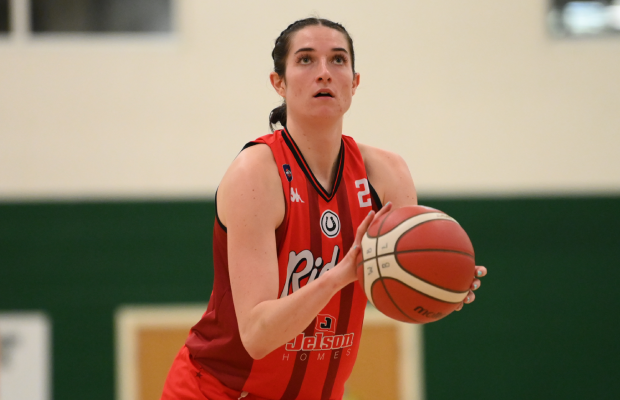 Kirsty Brown is loving life in the WBBL right now as part of a high-flying Leicester Riders side that is full of confidence heading into the second half of the season.

The 23-year-old forward averages 6.6 points, 6.8 rebounds and 2.8 assists per game in the early stages of a rookie season that has already reaped the reward of a national team call-up.

Brown joined the club in the summer after spending five years at NCAA Division 1 school Cal Poly and is already recognising signs of personal growth on the court.

“I have loved playing in the WBBL so far,” Brown told Hoopsfix. “Even in the 4-5 months that we’ve had since the start of the season, I’ve already grown so much as a player.

“I think the competition level is amazing so it’s been nice to really push myself to be at that level.

“We’ve done pretty well so far also which has been nice and as a team, we’re always pushing each other and that improvement is always happening.”

The addition of Brown came amongst a summer rebuild for the Riders with Krumesh Patel putting together a new-look roster – including former league MVP Ashley Arlen – upon his return as head coach from Sweden.

And, it was a pre-season trip to the Nordic country that Brown credits for being the spark of the team’s growing chemistry.

“I think it was huge,” she recalls. “Our trip to Sweden, playing in friendlies and especially having that off-court time at the hotel, having meals together.

“I feel like travelling with people helps you learn about them a lot and building that connection both on-and-off the court.

“We have a lot of confidence – not only in ourselves, but in each other which is really nice. We know we always have players ready to step up with whatever it needs to be and take on different roles.

“We’re not taking things lightly, but we know the work we’re putting in and that confidence has definitely helped us.” 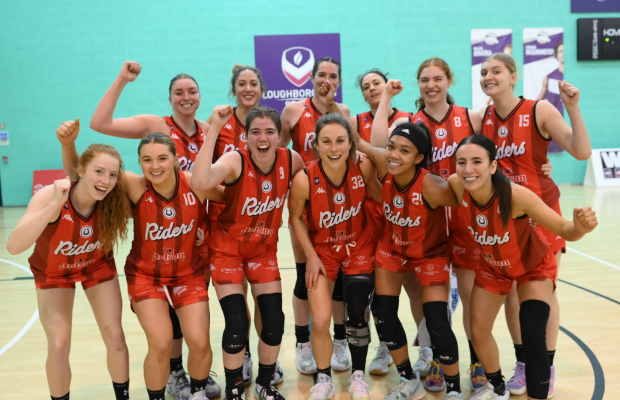 Brown has been the epitome of a player that every team needs: someone that is more than content to do all of the little things that can often go unnoticed and bringing constant energy to keep spirits high.

With the Riders not short of scoring options, Brown is able to help the team in different ways and matched a season-high with five assists in the first half alone in last week’s road win at Newcastle Eagles.

“I’ve always thought of myself as that kind of player,” notes Brown. “Boxing out, rebounding, hustle plays, diving on the floor – that’s always been my go-to.

“Just being an aggressive player and someone the team can rely on. I feel like I’ve really been able to step into that role that is expected and it’s been fun.”

Brown originally hails from Edinburgh, Scotland, but moved with her family to California in the US at the age of 7 and developed a love for basketball. While there have been subsequent visits since, turning pro presented an opportunity to return for a prolonged period through the sport.

“I always knew I wanted to move back [to the UK]. In the last couple of years, I had said to my parents that I wanted to go back so I started looking at what there was in England and Scotland which is when I learned about the WBBL.

“It was very, very exciting when I got the offer from the Riders – I was like ‘oh wait, this is actually a reality’ – being able to go back and be around extended family and they can actually see me play live.”

The return to these shores helped put Brown in recognition for the national team and earned a first senior call up to represent GB in the November window of the FIBA Women’s EuroBasket qualifiers.

Brown had previously reached out about being available for the Under-20s team back as a freshman at college, but nothing had come to fruition, so this was a jump straight to the highest level.

“It wasn’t something I expected, but it was really exciting when I got that call from Chema [Buceta],” admitted Brown. “I didn’t expect to hear anything so it was super, super exciting when I did get that opportunity.

“Camp was great – I learned so much from the experience. Having Hannah [Robb] definitely helped a lot in easing my nerves being in a new situation with different people.

“All of the girls were so welcoming; helping out with drills, being very patient and teaching us. Hopefully, I can get that call again in February.” 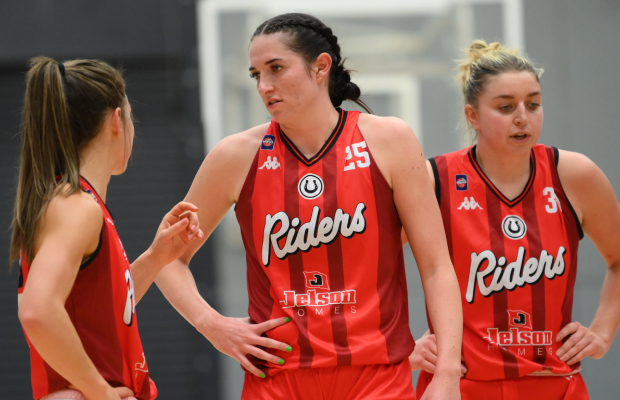 In the meantime, the Riders are well placed to challenge on all fronts as one of the leading contenders to halt London Lions’ repeat sweep. Alongside a 7-1 record in the league, they also recently reached the quarter-finals of the WBBL Trophy and have the WBBL Cup final showdown to look forward to later this month.

There’s not just a short-term focus either with some players on multi-year deals and hoping to build something with the club, as Brown affirmed.

“We’re trying to win a Championship – whatever it is – make a statement and show we’re here, that we’re putting in the work and ready to be considered at that same competition level the Lions are.

“We want to keep pushing forward. We have girls here that not only for this season, but want to continue that legacy on – like our men’s side have done over the years.

“We want to do that on the women’s side and keep making a name for ourselves.”

Leicester have already won four pieces of silverware in the WBBL – the last of which coming with their 2021 triumph in the WBBL Cup. They have a chance at adding to their trophy cabinet on 28th January in Birmingham, albeit with a formidable London Lions side approaching 50 consecutive domestic wins in opposition.

“Everyone is really excited,” concludes Brown. “The first time playing London was the first time ever for a lot of us – they are a super-high calibre team playing EuroCup and have their streak going on, so our nerves were higher than they would be.

“We have a few more months under our belt now, so I think it’s going to be a competitive, physical game and hopefully makes for a great show for everyone.”