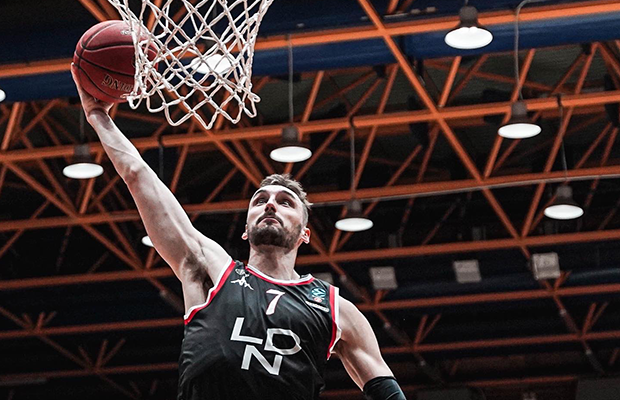 London Lions made a statement with a 77-67 road win over Promitheas Patras in Group B of the EuroCup at the Dimitris Tofalos Arena in Patras, Greece on Tuesday evening.

Lions reeled off a 13-3 run around Patras’ debut Head Coach Yannis Christopoulos getting ejected to seal the win, led by a 9-of-13 shooting 20-point performance from Sam Dekker, and 14 points from Vojtech Hruban.

“That’s a tough team,” London head coach Ryan Schmidt said in the post-game press conference. “Just watching them on film in their previous game here domestically, we could see the difference defensively in their effort. I thought they did a really good job with pressure. That kind of threw us off our spots quite a bit in the first half and we struggled with that.”

Arnoldas Kulboka had 18 points to lead Patras, who, like London, go to 4-3.