London Lions get past Slask Wroclaw in EuroCup - Hoopsfix.com

London Lions get past Slask Wroclaw in EuroCup 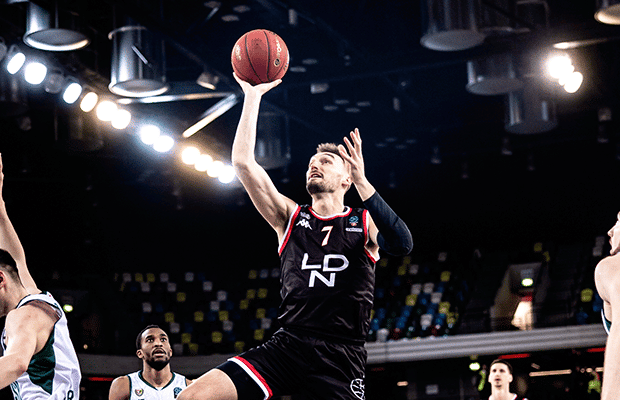 London Lions pulled away in the fourth to secure a 97-80 win over reigning Polish Basketball League champions Slask Wroclaw in EuroCup action at the CopperBox Arena on Wednesday night.

With the game still all to play for heading into the final quarter, London, who had led for the majority, put the game beyond doubt with a 13-0 run, littered with highlight plays to keep the 18-time champions of Poland winless in Group B.

Lions were led by 18 points from Sam Dekker and 16 from GB guard Luke Nelson, while improving to 3-3 in the competition. Ovie Soko added 15 on 6-of-9 shooting.

“After the FIBA window, we have come back with a renewed focus, we have picked things up on the offensive end and these guys are doing a great job of playing together.

“We take each game as it comes but happy with this win tonight.”