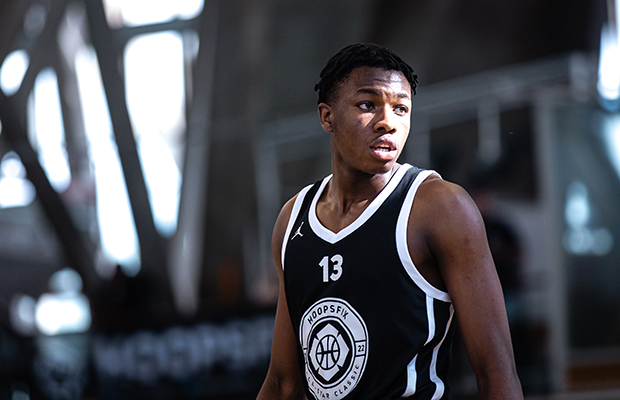 Barking Abbey’s Zamoku Weluche-Ume and Manchester Magic’s Ben Brown have been nominated to attend the 2022 NBA Academy Games in Atlanta next month.

Running from 6-10 July, the event brings together the top 40 male and female prospects from outside the U.S., with
both Weluche-Ume and Brown being nominated by Basketball England after standout seasons that have seen them named in the GB Under-18 squad.

The camp provides players with the opportunity to develop their game under the guidance of NBA Academy coaches and staff and showcase their skills in front of NCAA coaches and NBA scouts.

“One of the great things about this sport is that there’s always room for improvement, and we can all work on doing something just a little better.

“Zamoku and Ben epitomise this quality, and their hard work since entering the England Talent Pathway (ETP) programme as young 14-years-olds has paid off.

“These young men have been selected to represent England in a highly-prestigious event, and I’m so honoured to have been able to work with these two players in the Talent pathway.

“This is an outstanding achievement and we wish them both well during this latest opportunity.”

The last time the event was held in 2019, over 100 college coaches and 12 NBA teams attended, with Amari Williams (now NCAA D1 Drexel University) and Cameron Hildreth (now NCAA D1 Wake Forest) both securing an invitation, though Hildreth would later withdraw due to injury.

Held at Holy Innocents’ Episcopal School in Atlanta, Georgia, the event includes a series of exhibition games featuring top prospects from outside the U.S., including from the league’s four academies located in Australia, India, Mexico and Senegal.

In addition to the exhibition games, the NBA Academy Games and Women’s NBA Academy Games will feature NBA Academy coaches and staff leading prospects through a variety of on- and off-court activities, including anthropometric and athletic testing, movement efficiency training, strength and conditioning and life skills seminars focused on education, health and wellness, leadership and communication. The men’s event will also feature a Q&A with former NBA player Marvin Williams.