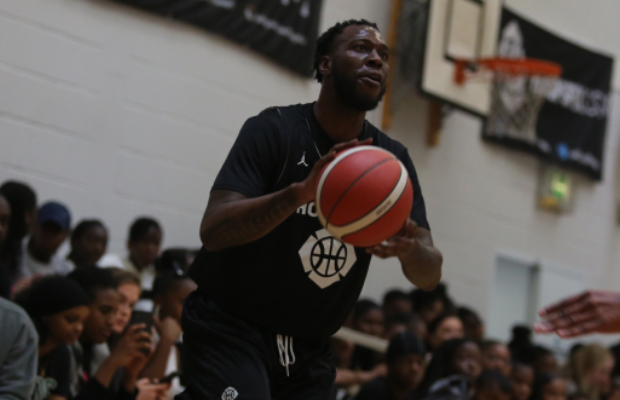 Thames Valley Cavaliers secured a big win in Week 3 of the Hoopsfix Pro-Am as they topped Pool A with Run & Jump completing a perfect group phase at the City of London Academy, on Saturday.

Run & Jump rounded out the day with a 57-40 victory over London United with both sides advancing, while Worthing Thunder had ended their losing run by beating Elite Bulldogs 70-55 in the opening game. Meanwhile, TVC defeated previously unbeaten Glacier Boys 55-42 in a result that meant Hoopspace missed out on the last four, despite their 68-49 success against CoLA.

Worthing Thunder opened up the action with a 15-point victory to claim their first win, but would end up missing out on a place in the semi-finals by just four points. Hafeez Abdul top scored with 20 points in the win, while Sam Keita had a game-high in vain for Elite Bulldogs as they would finish bottom of Pool B.

Hoopspace then kept their own hopes alive of making the final four as they brushed aside CoLA in a 19-point victory, but they would need Glacier Boys to win to finish in the top two. TVC had other ideas as they inflicted a first loss on the Glacier Boys with a 13-point triumph to take top spot with Martelle McLemore dropping 20 points.

In the final game of the day, Run & Jump maintained the only unbeaten record as they produced a strong finish to pull away from London United, who were already assured of their semi-final place with the earlier result. Amin Adamu led the way with an 18-point effort and they will look to continue their charge towards the title next week.

You can re-watch all games from Week 3 below: