Jenelle Grant finding confidence again after break from the game 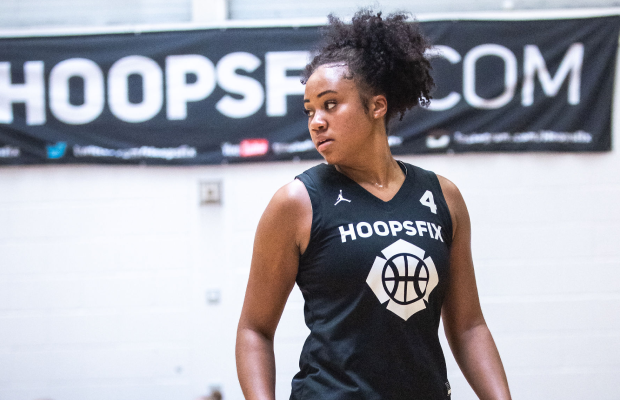 Jenelle Grant was one of the leading performers at the inaugural Hoopsfix Pro-Am, despite returning to action after a break of over a year from the sport.

The London-born forward had not played competitively since graduating from Purdue University in 2021 and revelled in the chance of competing back on home soil – averaging 10+ points per game for eventual runners-up Team Emerald.

“I personally loved the event,” Grant told Hoopsfix. “It’s something that British basketball has been needing for a while now; to capture some of the pro athletes and college athletes that come back and integrate that with the up-and-coming players.

“I found it really fun playing with the younger players and playing with some old teammates who have moved onto different parts of the world now.”

On a return to playing, Grant explained: “After I graduated, I decided to take a little bit of time off to recover from some ongoing injuries that I’d obtained during college. That was important for me because I wanted to get over those before making that next step of my career.

“So this summer really was the first time getting back into it since May 2021 – this Summer League was great for me to just brush off some cobwebs and get back to playing again, and get my confidence back.”

The Hoopsfix Pro-Am saw Grant reunite on the court with former teammate Gabby Nikitinaite as they were part of Team Emerald. The duo played together at junior club level as well on the international stage, and were two of many players competing in the event that were back playing in the UK.

“It was great playing with Gabby again. We have similar pathways coming up in basketball; we played together on a London team at Under-13s then followed that through to England national teams.

“We also both went to the States around the same time, so we haven’t played with each other for many, many years and it was great to get back on the court with her. 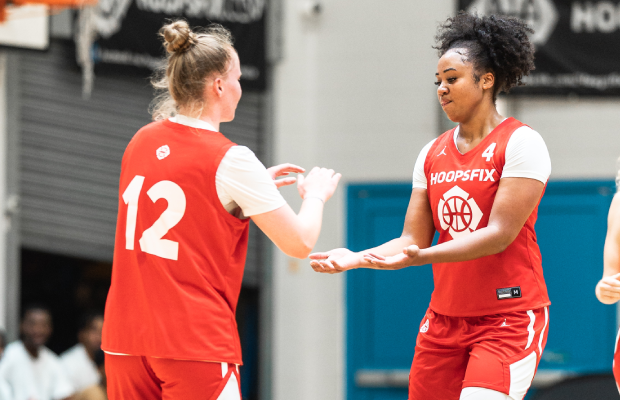 “I loved being back in London having family support and friends being able to come out and watch, especially those who weren’t able to when I was in the US. I know a lot of people have that same dilemma so it was great to bring the hoops back home and put on a showcase for everyone to see here.”

Grant and Nikitinaite were part of England’s Under-16 squad that earned promotion as silver medalists at the U16 European Championship back in 2014.

After six straight wins, they were beaten by Germany in the final with Satou Sabally as MVP, while Grant put up averages of 8.3 points and 6.4 rebounds per game in the tournament.

“I was lucky enough to represent England at international level. We had a great team and gaining promotion was a huge achievement for us, something I’m very proud of.” 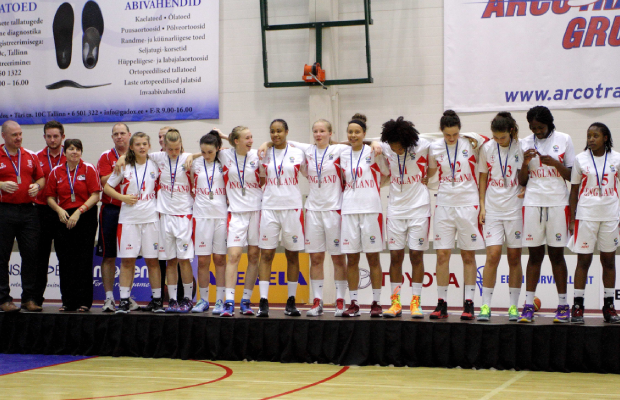 Grant began playing the sport at the age of nine by attending sessions run by Lewisham Thunder, which soon sparked a love for the game. The now 24-year-old spent some time at Haringey Angels before playing for Brixton Topcats in the WBBL as a teenager for two seasons under the tutelage of Steve Vear.

“We didn’t have enough players for a girls team, so I played in the Under-13 boys league as the only girl,” reflected Grant on her basketball roots. “It definitely set me up for how my career went as I was competing against the boys for court time and in practice.

“I’ve been to lots of different places, had lots of coaches and teammates and just had so many opportunities and doors open from playing basketball.”

The move stateside followed in 2016 as the Londoner headed to the University of Pacific with 25 appearances as a freshman at the NCAA Division 1 school before averaging 7.5 points and 7.2 rebounds per game the following year with a best of 22 points and 15 rebounds coming against San Jose State.

Grant decided to transfer at the end of the 2017-18 season and made the move to Purdue University with two more playing years to round out a collegiate career that came to an end last summer.

"My teammates are family."
– @Jmg2_ pic.twitter.com/aACIFhdSne

The forward has fond memories reflecting on the experience in the States and encourages aspiring players to go in the same direction if they are willing to put in the work, whilst also acknowledging the growing level of domestic-based programmes.

“I absolutely loved my experience,” stated Grant. “I got to travel the world, meet new people and play basketball where they absolutely live and breathe the sport.

“It’s definitely a big challenge playing college basketball at every level. It’s glamourised by a lot of people, you see the highlights of it, but a lot of hard work goes into it – it’s a non-stop grind every single day.

“Americans practice to another level and have the facilities and resources to do that. It’s a great way to take your game to the next level as there is so much more available, and that’s why I’d always recommend it.”

It can often be the case that British players stop playing the game after their time in America for a variety of reasons, including not seeing a viable future in the sport.

Grant feels the women’s game in the UK is on an upwards trend, but wants to see more female representation to encourage participation. It was during the Hoopsfix Pro-Am that Grant – and other senior players – embraced the leadership roles in helping support the next generation.

“It’s definitely growing. There are steps in the right direction. The pathway to the US has opened up a lot more in recent years and we’re starting to see a lot more players coming home in the WBBL.

“We want to get more girls/women playing the sport and continuing playing beyond college and it’s about giving back in some way to help the development. I would love to see more female coaches – we have so much to give in terms of knowledge and experience.

“Most of the games we didn’t have coaches [in the Pro-Am] so it was the older girls who coached and the younger girls loved learning from us and seeing us as role models. It’s something you love to see in the women’s game: more female representation and that will open up a lot of doors.”

The start of Grant’s playing career as a pro remains pending, but the last five weeks have provided ample evidence of the talent that the 1998-born prospect still possesses with the next move to be decided.

“I never lost passion for the game,” she concludes. “Sometimes you have to take a step back to step forward.

“Being back home, around my family and the British basketball community has been great, so I’m definitely keeping my options open for next season and seeing what happens.”