Hoopsfix Elite to take on US powerhouse at Copper Box in ESPNU televised game - Hoopsfix.com 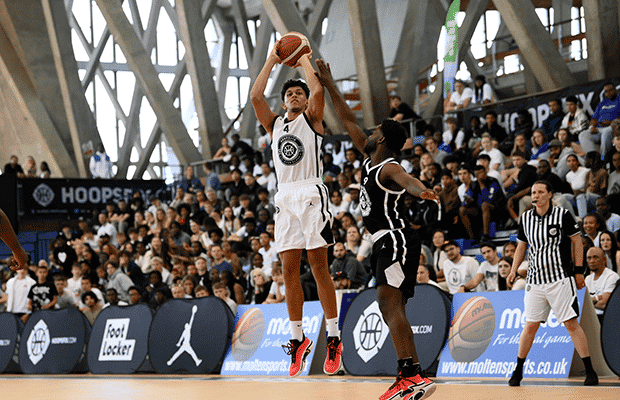 Hoopsfix will put together a British junior all-star team to take on California Basketball Club in an ESPNU televised game on August 11th at the Copper Box Arena in London.

‘Hoopsfix Elite’ will feature 12 of the best British prospects out of the UK, headlined by Hoopsfix All-Star Classic MVP Quinn Ellis who will fly in from Italy, Strasbourg’s Michael Belle who returns from France, and Sultan Adewale, fresh off an all-state season with Neumann-Goretti High School in the US.

The Hoopsfix Elite roster, which will be announced in full soon, will be led by an all-star coaching staff, with Surrey Scorchers’ Lloyd Gardner, Solent Kestrels’ Matt Guymon and City of London Academy’s Jackson Gibbons on the bench.

“This is a great opportunity for our guys to test themselves against top US talent,” said Head Coach Lloyd Gardner.

“Our players will be getting an exposure opportunity not often seen in the UK and despite knowing we are facing extremely tough opposition, we are looking forward to the challenge.”

Meanwhile, California Basketball Club – whose players are from Sierra Canyon High School – are led by Bronny James, the son of LeBron James, the number 39 prospect in the Class of 2023, and no. 2 junior in the nation Isaiah Elohim.

The game is set to tip off at 8pm on Thursday August 11th, while Hoopsfix Elite will also play a preparation game on Monday August 8th against Montana State University at Barking Abbey in East London.

Stay tuned to @Hoopsfix on socials for more details.