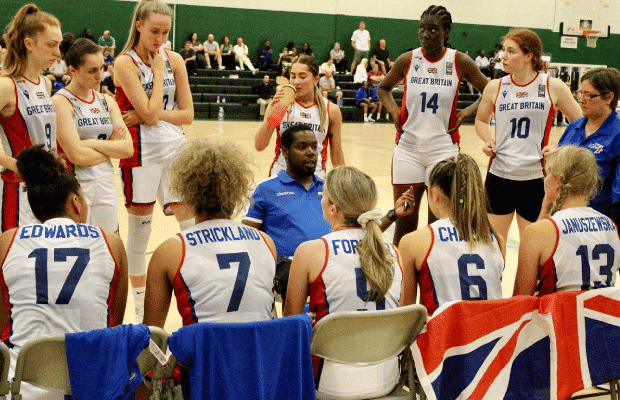 The final 12 for GB’s Under-18 Women has been confirmed ahead of the FIBA U18 Women’s European Championship that begins on 30th July.

Kenrick Liburd’s roster contains three players from the GB Under-16 team that competed at the European Championship in 2019 as Fatmata Janneh, Issy Bunyan and Katie Januszewska feature.

That means nine debutantes at a major international tournament amongst the squad, while eight members have competed at the Hoopsfix All-Star Classic including seven in the 2022 edition.

“This is a group that we expect to have an opportunity to win the thing,” said Liburd, via release. “We want to be challenging for the highest honours and as a minimum giving ourselves a chance of making that Division A competition.

“The goal of our GB youth programme is to get the players ready to be senior internationals and the only way you do that is by playing the best people so nothing shocks them.”

Janneh fired in 28 first-half points during the conclusion of GB’s prep series against Ireland before missing the trip to Serbia last week with US-based Leia Edwards amongst the leading scorers.

Oaklands guard Miriam Carrasco-Menendez and Leicester’s Erin Powell are the two reserves in the playing squad.

GB Under-18s open their Division B campaign against Luxembourg on the opening day of the tournament with following games with Croatia, Portugal and North Macedonia in Group B.