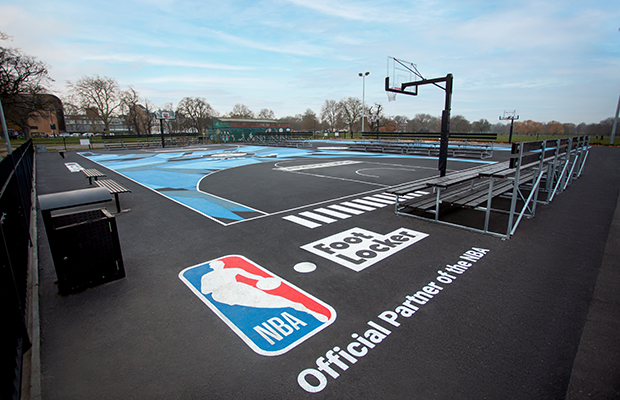 NBA 3X Presented by Foot Locker, a free 3-on-3 basketball tournament open to male and female players in U-16, U-18 and 18+ open categories, will be held Saturday, July 23 and Sunday, July 24 at Clapham Common’s newly-refurbished court.

Seventy two teams are expected to participate (register now at nba.com/3xlondon), with 12 in each category, as the men and women will be competing to win an all-expenses paid trip to The NBA Paris Game 2023 in January, featuring the Chicago Bulls and Detroit Pistons, while the juniors will be battling for Foot Locker store vouchers.

The Clapham Common renovated court was unveiled in November 2021 as part of Foot Locker’s ‘Raise the Game’ programme, in partnership with the NBA, Hoopsfix Foundation and Basketball.

Launched in 2020, the Raise the Game program’s aim is to support, foster and fund the local basketball networks and organisations in Europe that are invested in driving change within their communities through the game, and its culture.

Fans who attend NBA 3X will also be able to enjoy a variety of activities on-and-off the court, including skills challenges, shooting games and appearances by local DJs.

Register your team now at nba.com/3xlondon.