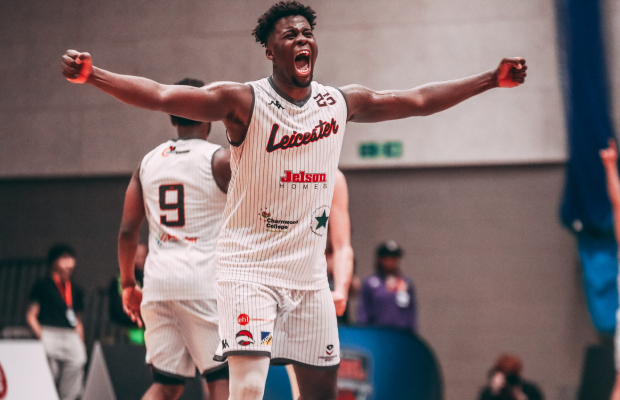 Victor Ndoukou is heading to the States for the 2022-23 season after announcing his commitment to play at NCAA DI school.

The 2003-born forward earned the EABL Final MVP award after helping lead Charnwood College to another Championship title with a 30-point haul.

Would like to thank my friends and family for the opportunities they have given me. Would also like to thank all the coaches that have helped me along the way. With that being said I have 1000% committed to the university of North Dakota ‼️‼️‼️ @UNDmbasketball pic.twitter.com/2dZWNp5ZgK

Ndoukou also suited up for Leicester Riders on occasion in the BBL this season as well as playing for Loughborough Riders in NBL’s Division 1.

“I’m really happy to commit to North Dakota,” he said, via release. “I’ve had several conversations with Coach Sather and liked what he had to say about the school and the team.

“It’s been a dream of mine to be playing in America and I’m grateful for this opportunity. I can’t wait to get started.

“I’d like to take this opportunity to thank my coaches and support staff at the Riders programme for their support.”