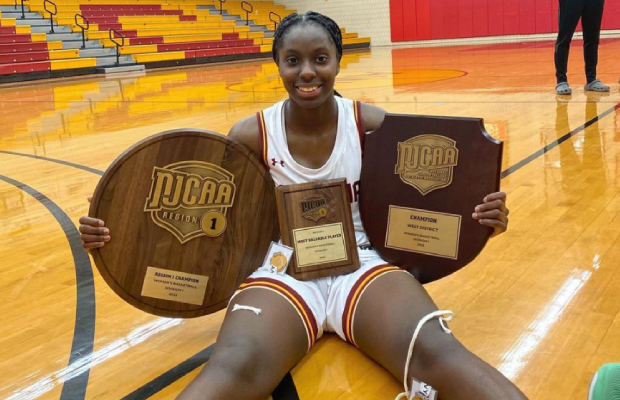 The London native joins the Texans as a junior with two years left having begun her college career at Northwest Florida State before making the move to AWCC.

Da Silva averaged 11.9 points as a sophomore for Arizona Western, helping the team to a Conference Championship with a 30-3 record having also been named Regions Final MVP as the Lady Matadors competed in the NJCAA Tournament.

The former Barking Abbey guard reportedly opted for Tarleton over multiple other offers including Penn State and Mississippi State.

“It felt like home,” Da Silva said of joining Tarleton via official release. “I had an instant connection with the coaching staff and the current players on my visit. They seemed genuine and made an effort to ensure I know what they are about not only as coaches, but as people, too. I know I can count on them with anything. I’m excited to go to war with the girls and the other signees the coaches are bringing in.”

Da Silva competed in the Under-19 Women’s game at the 2019 Hoopsfix All-Star Classic having been amongst the top juniors in the UK.