March Madness is almost here and the NCAA D1 Women’s Basketball Tournament will feature a quartet of Brits.

To keep on top of the Brits in March Madness, check out ESPN Player, who are sponsoring this post, as they will be showing 67 games from the tournament including Final Four and Championship Game and are offering a 15% discounted annual pass if you sign up during the March Madness period (£54.95 for 12 months) – March 15th to April 4th. All new subscriptions include a 7 day free trial up to the Elite Eight – sign up here!

Here’s a closer look at the four Brits in the Big Dance: 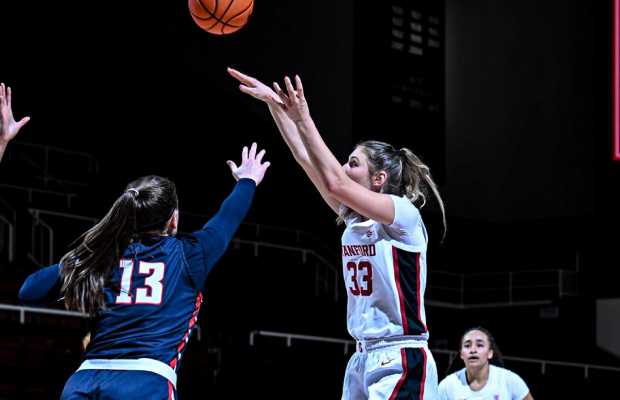 The reigning National champions. Stanford are the 1-seed in the Spokane Regional as they get set to host Montana State in their opening matchup. The Cardinal won yet another regular season title before following it up with victory in the Pac-12 Championship for repeat successes. Jump has been a standout from three-point range once again with 73 successful attempts at above 40% accuracy with the junior averaging 9.7 points per game with bests of 21 points on three occasions. 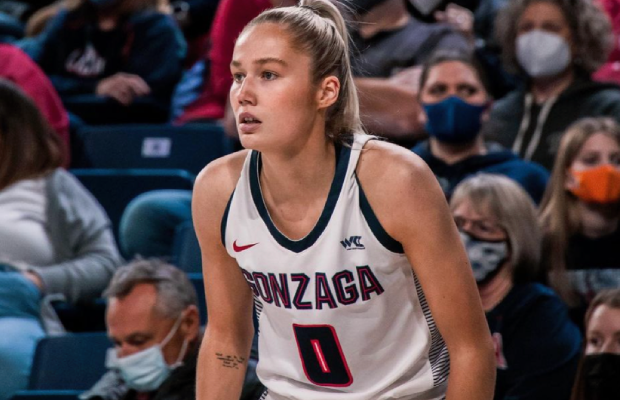 Gonzaga are making their fifth straight appearance at the NCAA Tournament and have been named as the 9-seeds in the Wichita Regional. The Bulldogs secured their spot with their WCC Tournament title triumph as they defeated BYU in Vegas in the Championship game. Little has seen a total of 71 minutes in a freshman year with first collegiate points coming at the start of 2022 against Pacific. 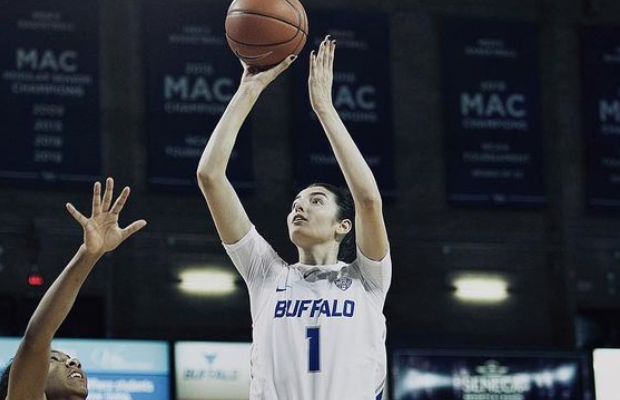 Buffalo claimed their place as an Automatic Qualifier on Saturday as they clinched the MAC Championship with victory over Ball State. The Bulls will take on fourth-seeded Tennessee in the Wichita Regional as they make their fourth appearance in the last four years. Christie has been a regular starter in her junior year since the turn of the year and has averages of 5.4 points and 4.4 rebounds per game with three double-doubles during the regular season. 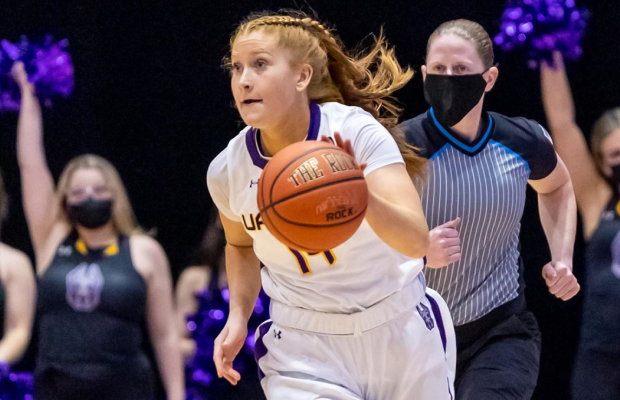 UAlbany are also in the Wichita Regional and they face a tough opener against number-1 seeds Louisville – who include Hailey Van Lith and Kianna Smith amongst their ranks. The Great Danes won the America East Championship for the first time since 2017 as they defeated top seeds Maine to claim the title. Grace Heeps – a New-York native with British citizenship – had a best of 17 points in her junior year with averages of 4.4 points and 2.9 rebounds per game as a starter.

You can follow the Brits in action by watching the NCAA Women’s Basketball Tournament on ESPN Player by clicking here.