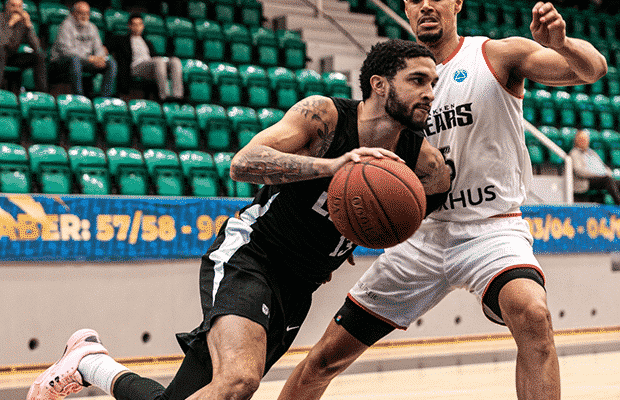 London Lions continue to look for their first win in the Second Round of the FIBA Europe with a 95-80 loss to Bakken Bears on Wednesday evening in Denmark.

A 6-0 London start counted for very little, as Bakken soon turned it on its head, before dominating the second half to lead by as many as 18 on their way to victory.

Isaiah Reese had 18 points, 8 assists and 3 steals as he was welcomed back to the line up, though eventually would be ejected due to his second unsportsmanlike foul. Aurimas Majauskas had 18 before fouling out, and Julian Washburn had 16 points and 9 rebounds.

Lions drop to 0-3 at the bottom of Group L in the Second Round, with Bakken picking up their first win to sit in third. Avtodor Saratov remain the only unbeaten team in the Group at 3-0.

Despite a slow start, Bakken led 20-15 after the opening frame and were pulling away in the second until Marquis Teague beat the halftime buzzer, to pull Lions back to 44-37 at the break.

A 14-5 run to open the third period pushed Bakken in front by double digits, as they began to find their range. After hitting two three pointers in the first half, Bakken knocked down four in the period, seeing their lead balloon to as many as 16 points.

From there it was smooth sailing, facing little resistance as Lions’ frustration showed.