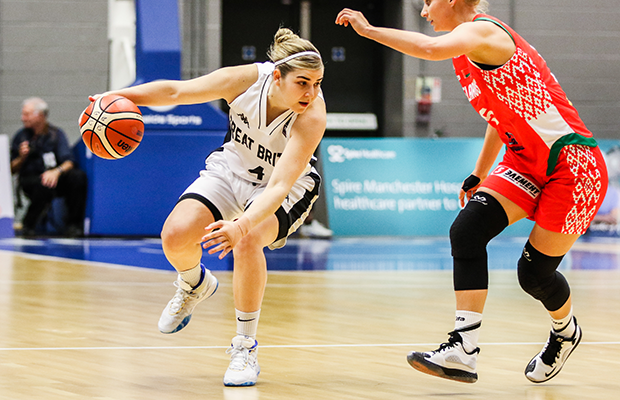 The Great Britain Senior Women will face off against Greece at Manchester’s National Basketball Performance Centre on 11 November (7.30pm).

The EuroBasket Women 2023 Qualifier will be the first GB international to be held at the NBPC since November 2019, when GB took on Belarus.

“It’s so exciting that international basketball is back in Manchester.

“The team would love to see the Manchester and North West public out in force to get behind them.”

Head coach Chema Buceta’s team finished a record fourth in the EuroBasket Finals in 2019 to reach the Olympic Qualifying tournament.

They will be aiming to make it the Finals again and start their qualifying pool with a win.

The last meeting between the two sides also took place in Manchester as GB claimed a huge win (79-77) in their final qualification window ahead of EuroBasket 2019.

Tickets are on sale now.