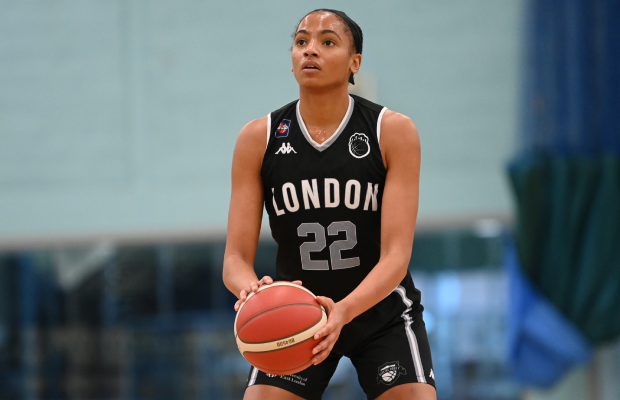 When the EuroCup Women qualifiers draw pitted London Lions against Gran Canaria for their European debut, the matchup brought up fond memories for Paige Robinson.

The 23-year-old is one of seven senior returnees from last season’s double-winning squad with Robinson’s basketball journey having started in Spain a decade ago, attending the renowned Gran Canaria basketball academy in the early 2010s.

Any sentiment, though, will pass once the two-legged tie gets underway at Crystal Palace on Thursday.

“It really shocked me when I saw who we were playing,” Robinson told Hoopsfix. “I spent my teenage years there, Spain was my home and those were important years of my development.

“It’s a bittersweet feeling and will be surreal to be playing my old team, but I’m excited to see all of the coaches.

“I also know we are here for a reason so you have to have that balance. We are competing and I want to go and beat them – that’s the plan.” 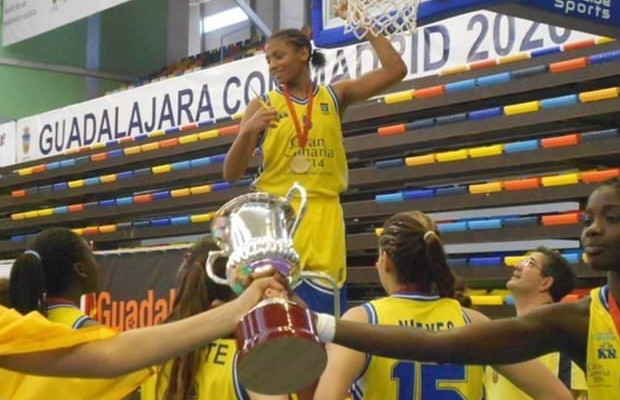 The Lions become the second British team to compete in EuroCup Women action – Rhondda Rebels played in the 2006-07 season – with Mark Clark strengthening the roster with the big-time arrivals of two of GB’s greatest in Jo Leedham-Warner and Azania Stewart as well as three-time WBBL Young Player of the Year Holly Winterburn.

Just playing in these qualifiers is a major step for British Basketball – in particular the women’s game. However, for the Lions, this is not just about taking part. Intentions were made known off the court in preparation for these upcoming moments on the floor.

“We want to show that we deserve to be here,” stated Robinson. “It’s about earning our right to play and competing at this level.

“We know it’s a big challenge, but this is nothing that we can’t handle. It’s a learning experience and if we give everything then we have done our job.”

Robinson averaged 6.1 points and 6.5 rebounds in 21.5 minutes per game in the WBBL Championship in last season’s homecoming with the Florida graduate taking on a starting role for the new-look Lions.

With scorers aplenty throughout the roster, Robinson revels in the battle under the basket; fighting for boards as well as bringing energy and an aggressive approach on the defensive end – an approach that benefits from a deeper roster.

Roles will change in fitting in new additions, but there is already a great harmony within a versatile group that contains the aforementioned returning core.

“I’m just very excited to play with this group of girls,” said Robinson. “Everyone brings something different to the table and I’m ready for it to be showcased.

“We have added phenomenal players that bring quality and great attitudes to the team and they know what it takes to get to the next level.

“Mark has strategised how we will play and different moments in the game will call for different groups if we need to change things up.

“I haven’t been on a team like this. Our bench goes deep and we all add value on the court.”

One new arrival in particular is having direct influence on Robinson: fellow centre Stewart. The GB Olympian came out of retirement midway through last season and has now made the switch to London from Leicester Riders having previously played in Europe.

And, with experience in abundance on the biggest stages, that can only help someone like Robinson, who made a WBBL league debut as a teenager at Brixton Topcats back in 2015 before venturing Stateside.

“I am learning so much,” she affirms. “How it is to be at this level. Azania has experienced so much and it’s rare to have someone ‘coaching’ you as a big because they know how you feel and why you do certain things.

“Having her help me fix mistakes and make more decisive decisions is really helpful and then I’m able to bring that to the academy girls and try to be more of a leader.

“I think that is going to be key for us this season: leadership and everyone having that responsibility.”

The 16 boards surpassed a best of 11 – on two previous occasions – including for Brixton 🆚 Manchester in Jan, 2016.#BritishBasketball pic.twitter.com/Io9EZV6tgF

The Lions will no doubt be favoured to add their newly opened trophy cabinet with a WBBL Cup group stage home double-header against Sevenoaks Suns and Essex Rebels to open the domestic campaign next weekend.

But that can wait. All the focus is on their upcoming encounter at Crystal Palace with the chance for the Lions to be roared on by a London crowd with spectators making their anticipated returns this season.

“Just having fans back is going to be a surreal feeling,” concludes Robinson. “Even having the bench together is weird. But having that support is something that we need.

“We need to hit [our opponents] first before they hit us.”

The Lions squad definitely has the potential to pack a punch and delivering that knockout blow is the goal as a historic occasion looms.