London Lions step up pre-season prep with trip to France 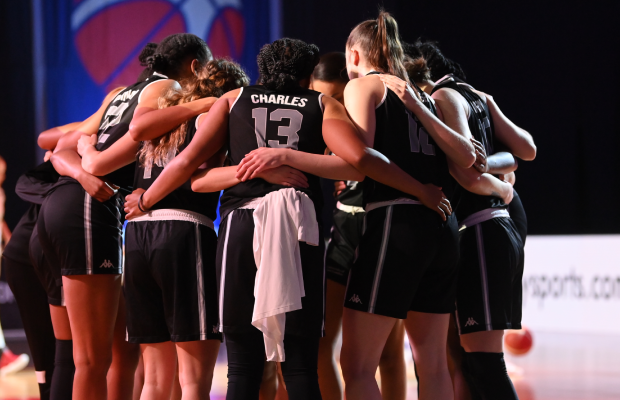 London Lions stepped up their preparations ahead of their debut campaign in Europe with a pre-season trip to France.

The Lions are without GB star Jo Leedham-Warner – one of their blockbuster summer signings – though her absence was anticipated, while the club awaits the arrivals of returning American duo Cassie Breen and Stephanie Umeh along with Austrian forward Valentina Klocker. However, they are expected next week following delays caused with obtaining visas.

The short-handed Lions suffered a 29-point loss in their opening pre-season game against tough opposition in Landes. Kennedy Leonard top scored with 19 points as one of just five senior players suiting up with Azania Stewart and Leah McDerment sitting out the contest ahead of the second game.

Leonard hit back-to-back triples to end the first with Lions trailing 15-12, but Landes pulled away in the second as they opened up a 44-23 advantage at the half. London increased their scoring output as a competitive second half ensued, despite being short on numbers.

“I’m very happy with the first game,” head coach Mark Clark told Hoopsfix. “This is why we came to set the benchmark. But, it’s only worthwhile if we get better tomorrow [in practice] and better again on Saturday.”

The Lions produced an improved display in their second clash with French champions Basket Landes as they eventually fell to a 14-point loss in front of fans. Winterburn led the visitors with 20 points as they were again without six senior players with Stewart and McDerment sitting out as well as the four players not with the team.

“It was a very productive two games in four days for us,” Clark commented. “We wanted a benchmark and we definitely got that. Landes were great hosts and our challenge is to practice and prepare at this level.”