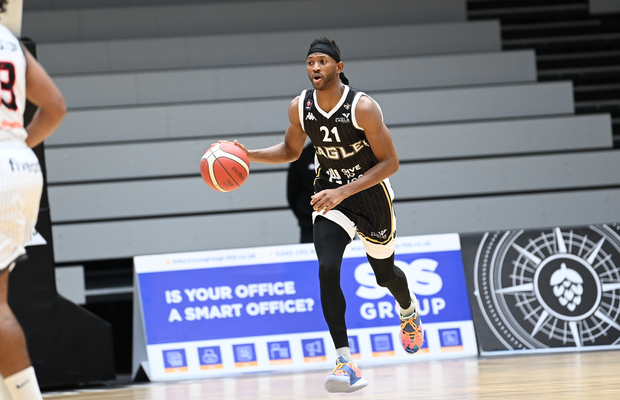 Former Newcastle Eagles guard Drew Lasker has announced his retirement from basketball, calling an end to his sixteen year playing career in the BBL.

“It’s unchartered territory for me,” Lasker said on The BBL Show this week. “It was a process that has been long thought out. I feel really good about it, I am excited about what is to come, I feel like the decision is the right one, I feel like the timing is perfect.

“I was 99% sure before the season finished I was done, and just to put the icing on the cake, to win it like we did, beating London in the playoffs, cemented it for me, I knew it would be the end.”

However, his involvement with the Eagles will continue, where he will take up a Business Development Executive role, along with taking the coaching reins of Northumbria University’s basketball club, and continuing his role as Head Coach of Gateshead College.

The England international, who was part of the 2018 Gold Coast Commonwealth Games squad, started his career with the Plymouth Raiders in 2005-6, spending five seasons there, before making the permanent move to Newcastle in 2013-14 after splitting time between Guildford, the Eagles and Plymouth (for a second stint).

Lasker won 11 championships in the BBL, becoming a naturalised British citizen in 2013 courtesy of his marriage.

He co-hosts The BBL Show podcast with Jay Marriott, which he will continue to do, whilst also focusing on his work with his 21 Foundation and 21 Media.

You can read his full letter to basketball at his official website.