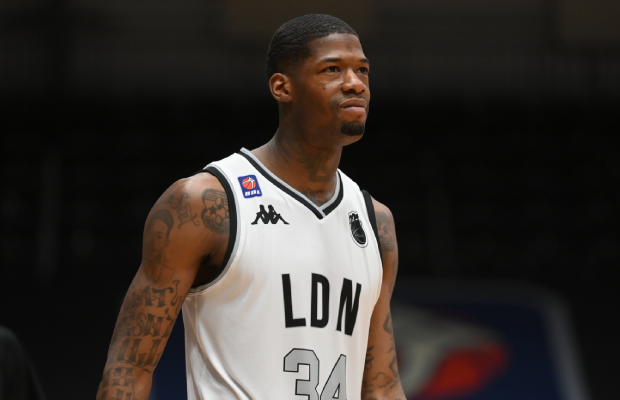 DeAndre Liggins and Geno Crandall were both recognised as unanimous selections for the BBL Team of the Year.

The MVP candidates received 10 votes each from the coaches around the league with Dirk Williams, Rahmon Fletcher and Darien Nelson-Henry also making the lineup.

Former NBA player Liggins backs up his All-Defensive selection with a spot on the Team of the Year with averages of 14.4 points, 5.4 rebounds and 6.9 assists in consistent all-round displays from the Trophy Finals MVP.

Williams accompanies his Lions team-mate after having a big year in the capital with the former Sheffield wing putting up 18.3 points – second in the league – with the most threes (91) at just under 40% shooting accuracy.

Crandall – who was named BJA’s BBL Player of the Year – starred for Leicester in their league-winning season with 15.9 points along with 7.8 assists including a number of top plays throughout his debut year in the league.

He is joined by his captain Nelson-Henry with the Riders big man enjoying a solid campaign with 12.3 points and 6.7 rebounds per game in the league, whilst shooting 59% from the floor.

Fletcher is no stranger to the BBL’s Team of the Year with the two-time former league MVP making the lineup for a fifth time. The Newcastle Eagles star led the league in points (19.2) and assists (9.3) per game.