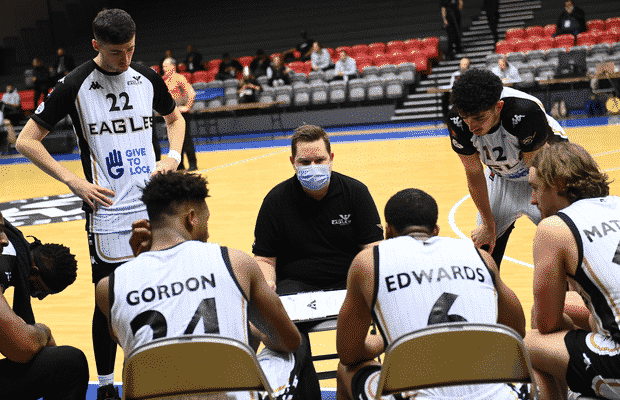 Newcastle Eagles will meet London Lions to contest the first piece of silverware this season as the 2021 BBL Cup final was confirmed last night.

The five-time winners claimed a 71-76 victory on the road at Leicester Riders to book a clash with the Lions on Sunday 24 January – to be played at the University of Worcester Arena, as revealed by Hoopsfix on Tuesday.

Newcastle were led by Evan Maxwell’s 19 points with Cortez Edwards – December’s Player of the Month – adding 18 points, nine rebounds and seven steals in the victory.

🏀🏆 That feeling when you're through to the @BBLofficial #BBLCup Final…

The semi-finals had been changed from the traditional two-legged encounters with a double-header planned to take place in Manchester. However, the Giants were forced to withdraw as per the COVID-19 regulations meaning that the Lions advanced to the final and the other semi-final was relocated.

London were winners of the 2019 edition and the two teams have already met in the competition, splitting their two meetings during the opening group phase.

The final is set to be broadcast live on Sky Sports as part of the current agreement and will be preceded by the WBBL Cup final as Leicester Riders take on Nottingham Wildcats, who have replaced Sevenoaks Suns.