Myles Hesson 'hopeful' of being fit for GB after suffering thumb injury - Hoopsfix.com 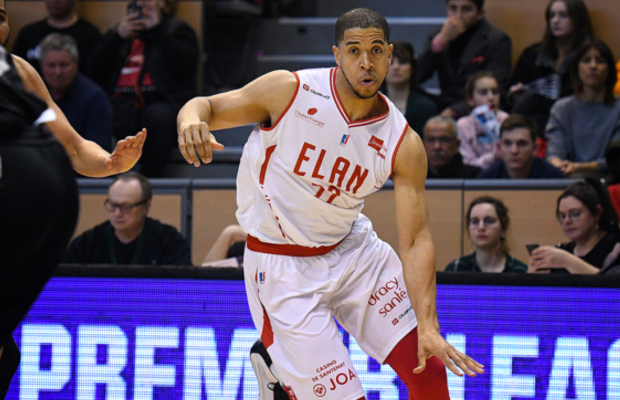 GB Senior Men’s co-captain Myles Hesson has been ruled out for four weeks with a thumb injury with club side Elan Chalon.

The 30-year-old is leading his team in scoring in France’s Pro-A with 12.6 points per game along with 4.8 rebounds, though they have a 1-4 record so far.

Hesson’s latest setback should not prove to be too significant and remains hopeful of the injury healing in time in order to return for GB next month.

GB are set to be back in action as the EuroBasket 2022 qualifiers resume on 27-30 November, though they now face France and Montenegro in Pau instead of having a double-header at home.

Hesson posted 20 points in GB’s opening loss to Montenegro in February before contributing eight points, nine rebounds and five assists in the victory over Germany in Newcastle.

Related Items1990 BornGreat Britain Senior MenMyles Hesson
← Previous Story Jacob Round signs short-term deal with Huesca
Next Story → Being nationally ranked in the US before returning to Europe & committing to Baylor – with Jeremy Sochan – Ep. 79