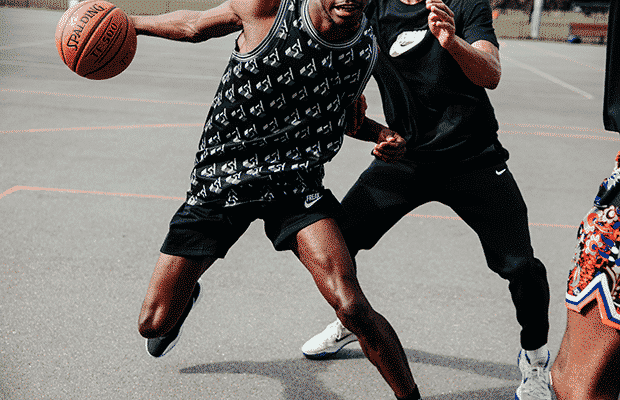 Foot Locker in Europe has announced its commitment to British basketball with the launch of their “raise the game” programme to celebrate the people, places and institutions throughout Europe which are committed to helping basketball culture thrive.

As part of the community programme, Foot Locker is embarking on a journey to elevate local basketball infrastructure in key cities throughout Europe including London – along with Paris, Barcelona, and Milan – in partnership with the NBA, and enlisted local talent within each community, aiming to provide them with the support to raise the game in the following years. 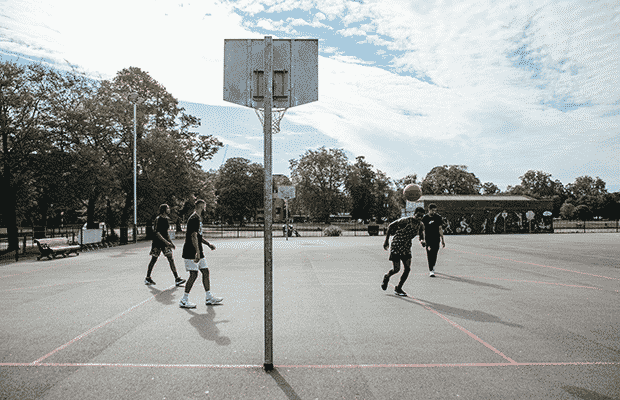 Foot Locker is officially partnering with Hoopsfix along with Basketball England, to renovate and relaunch the renowned Clapham Common basketball court (pictured, above), based in the heart of South London, in 2021, whilst also joining forces with former Brixton Topcats player and artist, Sevian (pictured, below), who is working alongside the brand and the NBA on the design of bespoke kits – to fit with the court design – which will be donated to players in the area.

“I couldn’t be more excited about our partnership with Foot Locker and Basketball England that has allowed us to move forward with the Clapham Common basketball courts renovation,” Hoopsfix owner Sam Neter commented.

“It’s going to be the nicest outdoor set up in the country and be huge for the basketball community – it’s a testament to Foot Locker’s commitment to investing in the British game with projects that will have real-world, long term impact.” 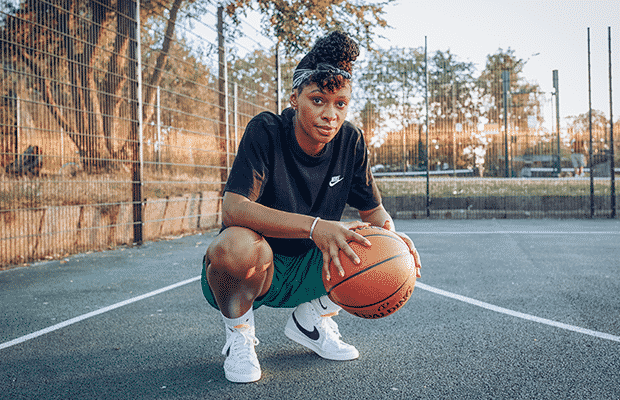 Foot Locker has also partnered with South London’s Brixton Topcats – one of the UK’s longest-standing and most respected clubs, founded by the great, late Jimmy Rogers – and will feature Topcats branded merchandise for sale at the Foot Locker Brixton store, with proceeds going to the club, and Foot Locker will team up with the basketball community to celebrate the annual Jimmy Rogers memorial in-store and bring awareness to the impact of the club’s founding father.

“We are extremely proud to be collaborating with such an iconic brand to push the club beyond the limits of its own potential, providing a culture for basketball which extends to so much more for our young players within our club and community,” Richard Thomas, Chairman of Brixton Topcats commented.

“Our partnership with Foot Locker is rooted in our joint passions and we look forward to creating elevated experiences and unique initiatives that celebrate the game of basketball and beyond for the young people in South London.”

Outside of London, the first community initiative will be the opening of a refurbished court in Paris alongside a local artist – happening today, whilst Foot Locker are also sponsoring local grassroot teams, and then further refurbished courts in Milan and Barcelona will happen through 2021, whilst each city will see a series of clinics and events that will offer training with NBA pro coaches, workshops and access to NBA players.

“As a brand, basketball has and continues to play a pivotal role in who we are and what we stand for.

“Through our long-standing partnership with the NBA, we have been able to bring fans and consumers throughout Europe closer to basketball. The launch of our community programme is our commitment to the game, the culture and the people that are invested in sports as a way to inspire and empower youth culture; and the next chapter in our journey to drive progress through the passion, discipline and mentality that only basketball brings.

“The opening of the newly refurbished Paris Jemmapes court today marks the beginning of our programme and we look forward to continuing growing the game with our communities.”

“The past decade of partnership with Foot Locker demonstrates our strong joint commitment to growing the game and we have achieved some incredible things together over that time.

“The NBA’s involvement in this programme, centred around court refurbishments, marks the next chapter which will allow us to further engage and support fans, giving local basketball communities a hub to come together and play the game that unites us.”

The launch coincides with the 10th anniversary of Foot Locker’s partnership with the NBA in Europe, a longstanding relationship which has brought basketball closer to European fans through NBA games and activations in Barcelona, London, Madrid, Milan, Paris, and Rome, in addition to bringing the first in-season NBA Global Game to London back in 2011.