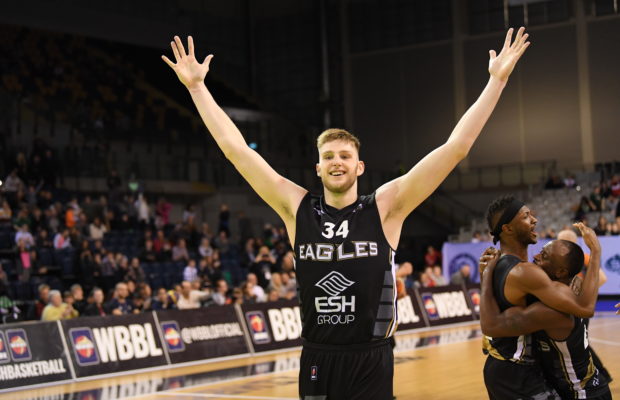 The 24th – and likely final week of the 2019-20 BBL Power Rankings with the season now shut down due to the coronavirus pandemic.

The latest round of fixtures went ahead, finishing with a dramatic BBL Trophy final at the Emirates Arena as the campaign went out on a high, although the season has not been completely cancelled, just yet.

The recent fears of the impact of COVID-19 came to fruition on Tuesday when the BBL put out a statement confirming that the 2019-20 season would be postponed indefinitely. There were calls to do this prior to the weekend’s Trophy finals, though in any case, it looks unlikely that the season will be able to resume.

The coronavirus pandemic has disrupted sport all over the world with the BBL one of the last leagues to formally stop its season. A sad way to finish, if it is indeed to be the case with COVID-19 ensuring there will be no 2020 finale at The O2 for the Playoff finals.

A huge double-header in the South-West for the Rocks and they picked up two precious wins. The first of which, coming from behind to beat Plymouth 82-86 ensured they would finish the weekend in top spot before extending their advantage with a 71-89 success over Bristol as Gareth Murray netted 23 points.

And, with the postponement of the season came a club statement that has rustled some feathers around the league with the Rocks owner claiming his side should be awarded the title – as has been the case in other leagues around Europe that have already been cancelled.

The British Basketball League (BBL) today announced that due to the ongoing situation regarding Covid-19, the 2019/20 Championship will be postponed until further notice.
The exact wording of their statement can be found here https://t.co/XpQTNOeel2 pic.twitter.com/eoaAXdnMBS

No action for the Lions at the weekend as they saw Glasgow pull away at the top of the league. The defending champions are two wins behind, albeit with a game in hand and it remains to be seen whether they stay as defending champions (see entry above). A team that improved considerably since the start of the season – most notably through the addition of Ovie Soko – and yet it still felt their best was possibly to come.

Worcester picked up their 18th win of the season – more than any other side – at the weekend as they defeated Sheffield 89-70 to stay in third spot. The Cup champs had 21 points from the Cup final MVP Amir Williams with Mark Hughes adding 15 points in the home victory.

The club released their imports to allow them to return home as other clubs followed suit prior to the official announcement of the league being postponed. Had it continued, the Wolves were looking set to push for another piece of silverware.

Back to winning ways in convincing fashion for the Riders as they ran riot early on in their 105-82 success over Manchester. Leicester quickly established a commanding lead and never looked back with Jamell Anderson leading 10 scorers with 17 points, without a miss from the field.

Rob Paternostro’s side have three games in hand over Glasgow – and were set to meet in April in what could have been a huge showdown for title implications. And, just like they showed again last season, the Riders know how to peak at the right time when it comes to finishing as the last team standing in the playoffs.

Cheshire were not in action as their momentum stalled following a three-game win streak. Ben Thomas’ side were within a whisker of playing in the BBL Trophy final at the weekend and have been the best example of ‘anybody can beat anybody on any given night’ to epitomise the league’s competitiveness this season.

What an effort. As major final build-ups go, things couldn’t have gone much worse for the Eagles as three players returned home prior to Sunday’s final. But the six that remained, and played, produced an incredible display to secure the club’s seventh BBL Trophy title after edging out Solent Kestrels in an overtime classic.

Rahmon Fletcher showed his class with 29 points, Darius Defoe added to his silverware collection after posting a double-double, Drew Lasker’s energy was infectious, whilst making big plays at crucial times. Rodney Glasgow and Will Saunders both stepped up to the cause and CJ Gettys took home the MVP award with 21 points, 17 rebounds and 7 assists before flying back to the States.

The Sharks missed out on the chance to make their move up the standings as they fell to a 19-point defeat on the road against Worcester. A 26-11 opening put the visitors quickly onto the backfoot and the deficit grew to as large as 27 points.

Connor Cashaw put up 25 points, eight rebounds and five assists in the loss that dropped Sheffield into a three-way tie with Cheshire and Newcastle at 7-6 – accurately reflecting just how difficult it has been to predict their results this season. The Sharks have never missed out on the post-season in the BBL, but these are special circumstances.

Bristol were unable to back up their impressive home win over Leicester as they were beaten by 18 at home to Glasgow. The Flyers were paced by 22 points from Levi Bradley from the bench as they ran out of steam in the fourth, in what could prove to be the final league game of the season.

Despite the defeat, Andreas Kapoulas’ side kept hold of eighth spot with two games in hand on Surrey with the two sides both on five wins apiece. A first-ever BBL final appearance still marks another step in the right direction for the club as they count down to the opening of their new arena.

Surrey were another team not in action at the weekend, though they saw their playoff chances boosted with defeats to their two nearest rivals as Bristol drew nearer and Plymouth drifted further away. The Scorchers have six games remaining having enjoyed most of their success this season at home with the likes of Lovell Cook and Matthew Bryan-Amaning making big impacts since their arrivals.

*Global pandemic, mass disruption and worry for millions around the world.”

Literally, no one at all:

Plymouth pushed Glasgow all the way in search of completing a league double over the Scottish side before coming up short down the stretch. Rashad Hassan top scored with 18 points with Ryan Richards and Matt Scott combining for a further 28 having led by as many as 12 points at one stage of the contest.

The Raiders remain adrift in the race for the playoffs having made a big push with as many as five mid-season additions, that given time, could have built momentum down the stretch in order to break into the top eight.

(Ctrl C + Ctrl V) Manchester’s wait for a first win continues. The Giants were never really in the contest in Leicester after falling 30-8 behind after the first 10 minutes. To their credit, they kept fighting and avoided what could have been a 30-40+ point defeat, eventually losing by 23.

Ingus Bankevics top scored with 20 points with Yorick Williams rolling back the years with 16 against one of his former sides. A tough season for Manchester dealing with injuries, with their only ‘recorded win’ coming via a forfeit after Glasgow fielded ineligible players in the Cup opener.