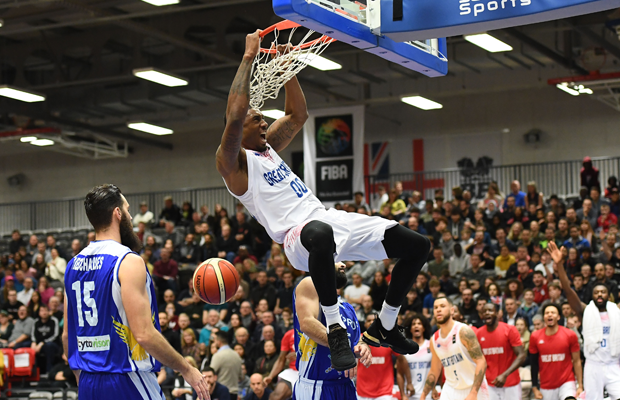 GB Basketball have named their 24-man squad for the upcoming EuroBasket 2021 qualifiers against Montenegro and Germany in a little over a week.

Though is is expected only 14 will go into camp, with Marc Steutel taking the head coaching reins for both games, the initial 24-man roster features a core group of players from GB’s successful EuroBasket pre-qualifying campaign along with two uncapped players in Leicester’s Jesse Chuku and 18-year old Kareem Queeley, currently in Spain with Burgos.

Great Britain head into the final round of FIBA EuroBasket 2021 Qualifying riding high on a seven game FIBA winning streak, the best in programme history. The streak stretches all the way back to December 3rd, 2018 when GB beat Cyprus in the second round of EuroBasket pre-qualifying.

Myles Hesson believes last season’s success was just the beginning of a new era for the men’s national team, and the best is yet to come.

“We have a strong core of guys playing at a high level, and I think we are all starting to realise our potential individually and collectively,” he said.

With a current world ranking of #41, Great Britain are the underdogs in Group G which includes #5 France, #18 Germany, and #26 Montenegro. Three teams from each qualifying group advance to FIBA EuroBasket 2021. However, as Germany are automatic qualifiers, only the top two teams in Group G are guaranteed to qualify.

National team veteran Ashley Hamilton is ready for the challenge, saying: “I can’t wait to get into camp. I’m excited to keep our win streak going and see what we can achieve with the step up in competition.”