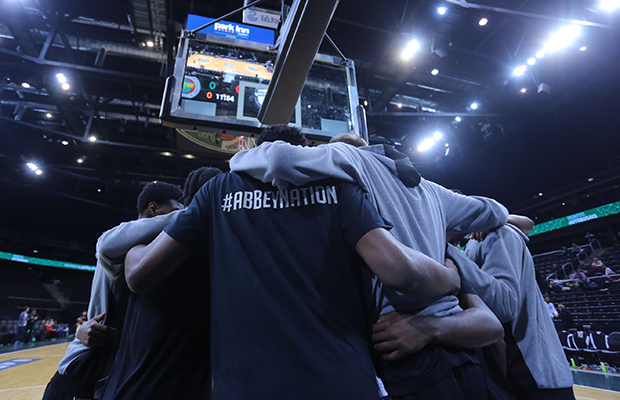 Barking Abbey finished the Euroleague adidas Next Generation Tournament in fifth place after a thorough 74-54 win over Umana Reyer Venezia to round out the tournament on Sunday morning in Lithuania.

The East London side dominate the fourth to put emphasis on the victory, putting in their best performance of the tournament in particular on the defensive end.

Cameron Hildreth led BA again with 21 points, 5 rebounds, 9 assists and 3 steals in what has been a coming out party on the continent for him, as he finished as the scoring, steals and index rating leader for the tournament.

Finish strong. We complete the @Euroleague #adidasNGT in 5th place, with a victory over Umana Reyer Venezia to round out the the tournament.

“I think it’s probably our best performance of the tournament,” Head Coach James Vear said after the game.

“I thought defensively we were excellent from start to finish. We had a game plan and stuck to it for the full 40 minutes, I really thought it was our best performance.

Veron Eze and Elijah Walsh had their best outings with 17 points apiece, with Prince Adza and Flynn Boardman-Raffet adding 6 each, the latter also finishing with 10 rebounds.