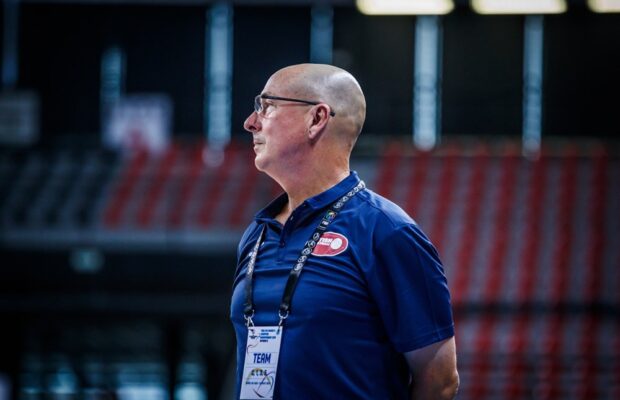 Jennifer Leedham has been named as the new head coach of GB Under-16s, while Kenrick Liburd and Len Busch will both continue for another summer.

The former GB Under-20s player is currently the associate Head Coach at St Francis College, Brooklyn and is the newcomer to the youth National team play-callers as Jeff Jones does not return for 2020.

“I am honoured to be selected,” said Leedham – the older sister of current GB Senior player Jo Leedham-Warner. “I believe I have a major opportunity to grow and help influence the future of British Basketball.

“I am proud and excited to work with such a phenomenal group of young girls. My hope is that we can grow as a unit over these next couple of years and truly embody the passion that the Senior Women’s team have shown over the last three years.”

Nottingham Wildcats’ Liburd is back for another summer with GB as he steps up with the Under-18s, while fellow WBBL play-caller Len Busch takes the reigns of the Under-20s from Jones.

“We were blessed with a fantastic range of candidates to choose from and we are confident we have some talented coaches to move our programmes forward, including some involved for the first time.

“We would also like to put on record our appreciation for those coaches who have done a great job for GB in the past but were not selected this time.”