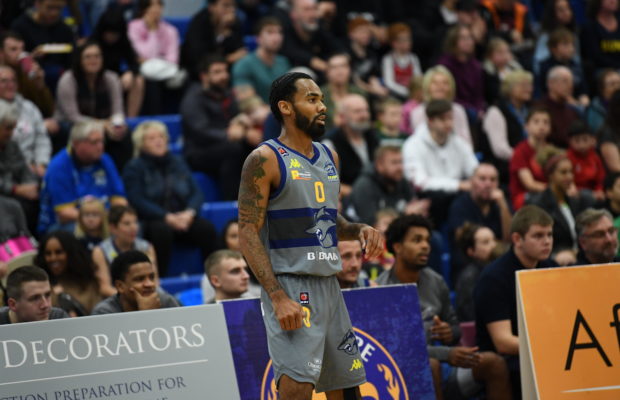 Our BBL Power Rankings continue as the BBL Cup group stage begins to reach its conclusion with more movement around the league.

London City Royals have qualified for the quarter-finals, while Cheshire Phoenix and Bristol Flyers are making moves with impressive winning runs.

Make that six from six for the Royals as they lock up a last eight spot in the South group. Still without Andrew Lawrence and Will Saunders yet to make his debut, last season’s Trophy winners keep rolling as they defeated Worcester Wolves 77-64 on home court last weekend.

Matt Scott top scored again to continue his strong start with 21 points, while Orlan Jackman added 13 points and there was also valuable contributions from Kyle Carey off the bench alongside the Lavrinovic twins, who took it in turns with scoring bursts in the first half.

The Riders have wrestled back control in the North with their return to winning ways coinciding with other results in their group. A dominant 102-70 victory at home to Manchester. Jesse Chuku simply did not miss after going 10 of 10 for his 21 points with Jonas Dieterich adding 19 points to seize his opportunity, while Kryon Cartwright handed out seven assists on his return from injury.

Rob Paternostro takes his team to the North-East on Friday night as they look to avenge a loss to Newcastle from earlier this season with victory all but sealing a top-two finish and a quarter final tie at the Morningside Arena.

Sheffield stretched their winning run to five games in emphatic fashion on Friday night before falling to defeat on the road less than 48 hours later. The Sharks were dominant in beating Newcastle 93-69 behind Mike Tuck’s 22 points, while Mackey McKnight added 12 assists to 20 points and Nick Lewis finished with 19 points, nine rebounds and six assists.

The Sharks were edged out by four points away at Cheshire on Sunday and are back on the road this weekend as they visit Manchester in the Roses derby with the aim of an immediate return to winning ways as the North group becomes congested in the top four places.

No time to panic, but a few alarm bells in the distance after the manner in which Newcastle fell to defeat on Friday night. The Eagles were slow out of the blocks on their way to a 93-69 loss in Sheffield to drop to third place in the North group. With Glasgow adrift in fifth, they may not need another win to advance, but this weekend’s meeting with Leicester could prove crucial in the context for a top-two finish and home-court advantage.

Darius Defoe top scored with 15 points in the loss from the bench as the Eagles struggled to find their range from beyond the arc and were held to less than 70 points for the first time this season.

Cheshire are red-hot right now. From 0-4 to 4-4 in the midst of dealing with a glut of injuries. After securing a narrow 72-74 win in Glasgow on Friday night for their third road win in a row, Phoenix then halted the charge of Sheffield Sharks as they returned home to record a 76-72 triumph.

Ben Mockford connected with seven threes in a 29-point haul to lead the way with Parker Jackson-Cartwright adding another near triple-double effort of 13 points, 10 rebounds and nine assists, while Jalen Hayes also contributed an all-round stat-line of 11-8-6. Another home game follows this weekend against Manchester with a great opportunity to make it five straight.

The Flyers are soaring and recorded another emphatic derby win to make it three consecutive victories in the Cup. They eased to a 76-93 success away at Plymouth Raiders to move to 4-2 into second in the South group to continue their momentum.

Fred Thomas led a balanced attack with 17 points with Levi Bradley close behind with 16, while Marcus Delpeche posted 15 points and 11 rebounds for a double-double. With four games still to play, Andreas Kapoulas’ side could claim the potentially vital head-to-head over Worcester with at least a three-point win on the road this weekend.

You'll want to watch these again.

From 4-1, the Wolves have dropped two games in a row on the road and have slipped to third in the South group. Matt Newby’s side are still in command for a place in the quarter-finals barring a dismal finish, though the offence has shown signs of struggle in their last two games.

Matt Hughes scored 16 points in the 77-64 loss at Crystal Palace with only one other starter shooting above 30% in the game. Worcester host Bristol in their next game and with both teams on four wins, the chance is there to take control in the race for a home quarter-final.

One step forward, two steps back for the Lions as they fell to a tough 80-77 loss away at Surrey. The defending Cup champions still have a grip on their title with five games left to play in the South group, though a tense battle for the top four awaits.

Brandon Peel hit a three to put his side on the verge of a second win of the season, but they came up short down the stretch as the Scorchers joined their opponents on one win from five. The Royals visit the Copper Box on Friday night in the latest instalment of the London derby before the Lions head to Devon on Sunday in a massive encounter.

The win in Newcastle seems a long while ago now for the Rocks as they plummet to a 2-5 record and perilously close to missing out on the last eight. Glasgow had the chance to get back on track at the Emirates Arena, but were edged out in a 72-74 defeat by a resurgent Cheshire Phoenix side.

The Rocks are now two wins adrift of the the two teams directly above them and with only three games left to play, the margin for error is small. Ali Fraser netted a game-high 22 points in vain with his side now able to rest and recover this weekend ahead of their crucial run-in.

Paul James’ side are clinging on to their top-four spot in the South group after suffering another heavy defeat at the hands of their South-West rivals. The Raiders have lost four of their last five in the Cup with three games remaining to ward off the Lions and Scorchers who are both just a win behind having only played five games each.

Rashad Hassan top scored with 23 points in the 76-93 loss on Sunday as the home side struggled in the absence of influential guard Josh Wilcher. They’re back at the Pavilions this weekend as the Lions visit in a huge clash in the quest for the quarter-finals.

Finally. The elusive first win has been captured and it had been coming for the Scorchers after some close defeats. Another game that went down to the wire resulted in an 80-77 victory over London Lions as Tayo Ogedengbe led the way with 24 points and 10 rebounds.

Adrian Kuyinu hit the huge go-ahead triple inside the final minute before a pair of free throws from Skyler White iced the win. Surrey have two games in hand over fourth-placed Plymouth with just a win separating the pair heading into another home game this weekend as they welcome high-flying Bristol Flyers.

What a performance from captain @Tayotweets against the Lions! 🔥

Join us this Saturday as we take on the Bristol Flyers! 🎟 – https://t.co/PWUiwkfOAu#OneGoal 🔥 pic.twitter.com/tNKArDq1qc

Another defeat for the Giants with their hopes of a top-four finish all but lost after going down to a heavy defeat away at Leicester on Sunday. Danny Byrne’s side have four games remaining having yet to register a win on the court so far this season.

Del’vin Dickerson bounced back from a tough night last week with a 30-point display, while Cristal Malau was the only other player in double figures in what turned out to be his final appearance as the Giants announced his release this week.