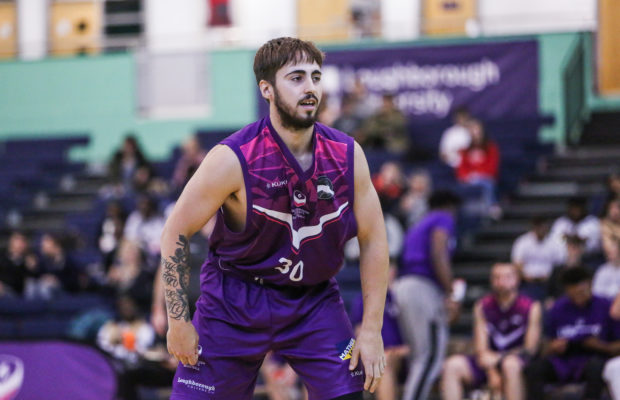 The second week of the 2019-20 NBL season sees four teams unbeaten at the top of Division 1, while only four teams are still waiting for their first victory.

Sentance in full flow as Kestrels see off Thunder

Former GB U20 Elliott Sentance poured in 27 points to help Team Solent Kestrels record a 70-88 success away at Worthing Thunder in an early season battle of last year’s top two. The reigning champs fired in 31 points in the second period to pull away as all five starters hit double figures including Ian Smith’s 15 points along with 15 rebounds and nine assists in a full 40-minute effort.

Worthing drop to 1-1 with Tom Ward top scoring with 20 points in defeat, while Alex Owumi added 12 points and 10 rebounds. The hosts did outscore their opponents 4-3 in bench scoring with seven players in total playing 36+ minutes.

Riders up and running with double success

Loughborough Student Riders opened their league campaign with a weekend double to join three other sides at 2-0. Mark Jarram’s side eased past Essex & Herts Leopards in a 94-66 home victory before overcoming a slow start to beat Nottingham Hoods 71-81 on the road.

Former Manchester Giants and London Lions forward Jerelle Okoro had a game-high 20 points in vain for the Leopards with Rasheed Worrell pacing a balanced Riders attack with 18 points. Kyle Jiminez also netted 18 points in Sunday’s road win as the visitors used a 19-34 third period to power past Nottingham, despite 25 points from Matthew Ward-Hibbert.

Rockets in double-digit comeback on the road

Reading Rockets recovered from a double-digit deficit in the first half to pick up their first win of the season, away at Thames Valley Cavaliers. Nick Richards led the way with 25 points in the 95-108 victory, while AJ Carr and Matias Boho added 20 points apiece and there were 18 points for Liam Davis.

Abdoulaye Sylla had a game-high 32 points for the Cavaliers as they were unable to build upon their strong start, having led 45-32 midway through the second quarter as they drop to 1-1.

“I am really pleased with the victory over Thames Valley Cavaliers,” said Rockets’ head coach Alan Keane. “They provided us with a lot of problems to solve and what was positive for us was we were able to find those answers based on the commitment we showed and being relentless against a tough opponent.

“Having AJ Carr back with us made a difference but what pleased me the most was the group remained disciplined and to task throughout the 40 minutes despite some defensive lapses which we will address this week.”

Derby Trailblazers also moved to a 2-0 start to the season as they enjoyed a 79-95 victory away at Liverpool. Oli Stanley posted 22 points and 17 rebounds in the win for the visitors with Sergio Valdeomillos adding 20 points as Malcolm Smith picked up an injury.

Hemel Storm are the fourth remaining unbeaten side as they found a way past Nottingham Hoods in an 88-85 success at home. Lee Hodges starred with 24 points and 12 rebounds, while Matt Ward-Hibbert had 21 points for the Hoods as they threatened to overturn a deficit as large as 16 points at one stage.

Leicester Warriors picked up their first win as they defeated Bradford Dragons 72-66 behind a game-high 22 points from TJ Henderson with Barking Abbey also victorious in an 84-79 triumph against Westminster Warriors as they managed to repel 26 points from Justin Hitchman.

North
Manchester Magic started their bid for an immediate return to Division 1 with an 80-70 win at home to Derbyshire Spartans. Richard Bell starred with 21 points, 17 rebounds and seven blocks on an opening weekend that saw all five home sides in the North pick up victories.

South
Ipswich Tomcats were convincing winners in the South with a 21-point win over Team Solent Kestrels II. Jake Eynon led the way in the 92-71 victory with a 29-point haul, while Luke Mascall-Wright added 17 points and 16 rebounds.

Meanwhile, Essex Rebels were the lone victors on the road as they came out on top against Greenwich Titans, winning 71-86 with six teams still to play their first game in the South.