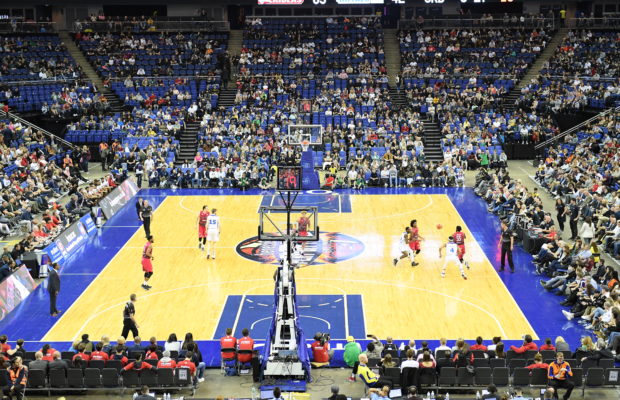 The 2019-20 BBL season is up and running, and we will be ranking the teams every week to see the progression throughout the campaign up until the season finale at The O2 Arena next May.

With the league campaign not beginning until December, it is difficult to judge where teams will be at that point, but we will be using the Cup as indication, whilst looking at the bigger picture.

Since the 2012-13 season, the Riders have accumulated 13 pieces of silverware and they are a safe bet to be challenging on all fronts once again, especially with no European distractions this time around. Jesse Chuku is playing his first season in the BBL, while dominant big-man Mo Walker returns for a second stint and even without his inclusion, the Riders went 2-0 over the weekend with a combined winning margin of 33 points.

American guards Kyron Cartwright and Namon Wright had solid debuts, while the continued development of Josh Ward-Hibbert was evident with double-doubles in each of the two wins. Jamell Anderson started brightly and with the veteran leadership of Andy Thomson, the strength in depth remains.

A new era has begun in the North-East following Fab Flournoy’s recent departure to the NBA, and interim head coach Ian Macleod could not have asked for a better start with two wins from two. Rahmon Fletcher showcased his class with 30 points and 11 assists in an opening night 29-point success at the ECA before scoring 21 in the much closer road victory in Glasgow with new American forward Mike Morsell powering his way to a 28-point haul.

Fab may be gone, but the winning culture remains with the likes of Drew Lasker and Darius Defoe combining for 30+ seasons in the BBL between them. Also, the two wins were claimed in the absence of a trio of summer signings in Sade Aded-Hussein, Rodney Glasgow and Nick Schlitzer.

The Royals went with eight players on the road in Devon and came away with a hard-fought two-point win with new coach Lloyd Gardner now at the helm. Andrew Lawrence led the way with an impressive display and with Will Saunders to come in alongside the vastly experienced Lithuanian Lavrinovič twins, as well as American guard Mike Scott, it bodes well for the Crystal Palace outfit.

Returning quartet Orlan Jackman, Will Neighbour, Ed Lucas and Elvisi Dusha provide stability and with the injection of the aforementioned talent, the Royals will undoubtedly have high hopes of adding to their trophy cabinet having enjoyed immediate success in their debut season.

Yes, they lost – and lost heavily – on opening night, but don’t get too used to that happening. The Lions’ defence of the BBL Cup may have got off to a shaky start but you can expect them to be in much better shape by the time they begin their league campaign later this year. And, when you have the reigning two-time MVP in Justin Robinson, things will only get better.

Brandon Peel fronted a lot of the workload with 30 and 15 in defeat as Spaniard Jorge Romero was unable to play and Trent Weaver had only recently arrived, so it’s no surprise if chemistry is not quite there. And then there’s Ovie Soko. The GB star all but confirmed he would be playing in the BBL this season with Lions favoured for his services, according to reports, and that would certainly be a game-changer in more ways than one. No immediate rush, though, with a delayed league start.

In the post-Kieron Achara era following the GB legend’s retirement, the Rocks look for stability under Vincent Lavandier in his first full season. Ali Fraser already looks to mean business after putting up 24 points in a road win (TBC*) in Manchester before 31 points in the Rocks’ first home outing as they went down against Newcastle. Greg Pryor is also back with the American pouring in 50 points across the two games, while the Rocks have also looked to the future by bringing in young Brits Earl Russell and Fraser Malcolm.

American Eli Pepper is highly rated with Glasgow always seeming to challenge amongst the top-six in the league, and they will be desperate to finally end their wait for silverware with their last success coming in the 2003 play-offs in what will be 17 years come crunch time this season.

Another new-look roster for the Wolves, but when you start with a 25-point win over the defending league and Cup champions, it goes against the need for time to settle in. It will still be a process, and it’s great to see Matt Newby back in the league as they have something to build upon. Jordan Williams is a great talent and could prove a big problem with a full season under his belt, and the forward showed his all-round game against the Lions with a near triple-double effort.

Kofi Josephs – an England international at the Commonwealth Games – can really light it up from outside on his day and with Raheem May-Thompson patrolling the paint, they form a strong British trio with Williams before you even mention the import additions. The makings of a squad that should be challenging for the play-offs are there as the club looks to put last year’s disappointment behind them.

A mixed opening weekend for the Sharks. Nick Lewis and Bennett Koch combined for 41 of 54 points in a 21-point loss away at Leicester before Lewis added another 21 points as his side eased past Manchester in a dominant home victory. Rob Marsden and Mackey McKnight both posted double-doubles in the 95-61 success as they help give the club continuity despite the losses of Dirk Williams to Hungary, and with Chris Alexander’s two-year spell coming to an end.

Still awaiting for their final pieces of the roster to be cleared to play, the Sharks have never missed out on a place in the play-offs in their 25-year span in the BBL and having made a successful return to Ponds Forge, they have the chance to keep the feel-good factor rolling on into the second weekend, despite their defeat on the road.

Coming back from 17 points down on opening night to win in overtime in front of your home fans was a great way to start the season for the Flyers. A triple dashing of Thomas paved the way with Gentrey Thomas’ 35 points, 11 rebounds and four assists providing one of the performances of the first weekend. Fred Thomas was a key re-signing and is a proven scorer in the league, while former GB Under-20 Raphell Thomas-Edwards made the step up from NBL D1 with a 16-point, 13-rebound double-double on debut.

Bristol perhaps lack the depth that their rivals possess – in terms of bench scoring – but with Levi Bradley to come in, they have a roster capable of making a return to the post-season after falling short last season. Andreas Kapoulas and the club have big ambitions with a new arena in store and they will be looking to make the SGS Wise a fortress in the current campaign.

Donte Nicholas was HUGE for the Raiders last season and his departure is certainly a blow, but they were at least able to retain the services of Josh Wilcher and Rashad Hassan, providing one of the most formidable one-two punches in the league. Paul James would have been targeting a winning start at the Pavilions, but his side came up short against the Royals with Wilcher and Hassan combining for 49 points in defeat.

New signing Tyrell Johnson made his debut with 7 points and 11 rebounds and while compatriot Jackson Hyland was unavailable, the Raiders bench contributed nine of the 87 points and will need more production going forward to help take the load off of their primary scorers with the likes of Josh Palmer and Tola Okiki continuing their development.

Cheshire probably would have been higher in the pre-season list with plenty of intrigue and promise surrounding their roster, but for two defeats on the opening weekend, albeit against Newcastle and Leicester. Ben Thomas led his team to BBL Cup glory a couple of seasons ago before their late season charge earlier this year secured a return to the play-offs.

Momcilo Latinovic and American Jalen Hayes have been retained alongside Louis Sayers and Disraeli Lufadeju, while they will be expecting lots from Parker Jackson-Cartwright and Montell Mcrae as the duo look to find their feet in their rookie seasons having impressed in college. A lax third quarter at home to the Riders proved costly on Sunday, and their tough start continues away at Sheffield on the second weekend.

The Giants made large strides last season, but would still ultimately miss out on the post-season despite colossal rebounding numbers Willie Clayton was putting up week in, week out. It was always going to prove difficult to keep hold of the American so it came as no surprise, and with Torry Butler, Mike McCall and Vlatko Granic also not returning, it’s all change for the Giants.

Two defeats – one of which has been referred to the BBL Disciplinary Panel according to the club* – shows there is work to be done, despite being short-handed with 11th place maybe underlying their potential. Giants are able to call upon the experience of the Jones brothers leading the way., while young Zack Powell made a promising debut as he looks to seize his early opportunity. American Jonathon Mulmore’s arrival is eagerly anticipated and Spaniard Eduard Arques also awaits his debut.

A disappointing 2018-19 league campaign saw the Scorchers rooted to the foot of the Championship standings, and despite starting the new season with defeat, there were signs of encouragement. Creon Raftopoulos’ side – that again features the returning Tayo Ogedengbe (captain-cum-designer – see new jerseys) – had a 17-point lead on the road at Bristol Flyers before eventually going down in overtime.

Skyler White produced a strong debut with 21 points meaning some teams might have ’99’ problems this season, while James Hawthrone posted a double-double. It’s too early to tell how much better this season’s roster is, but time will be on their side to grow as a unit ahead of the league campaign as it already looks set to be a mighty challenge to make it into the top eight with so many competitive looking rosters.

“For me it just signifies a fresh start. A new team, new squad and a new look."@Tayotweets on his design of the new 2019-20 Scorchers shirt 😍