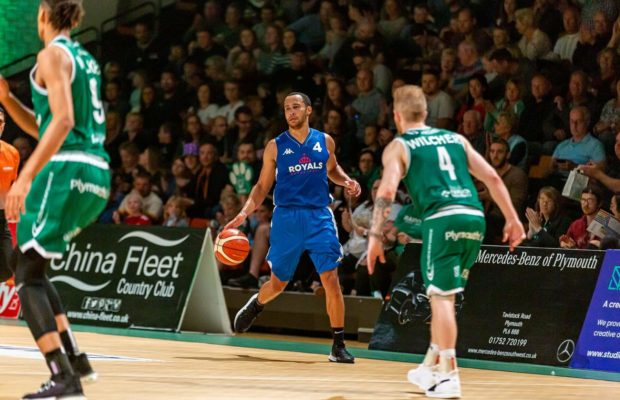 Andrew Lawrence made his anticipated BBL bow one to remember with an impressive display to lead London City Royals to victory on the road.

The experienced GB guard starred with 27 points along with nine assists in the 87-89 hard fought success over Plymouth Raiders for Lloyd Gardner’s side.

Check out Raiders TV's Through The Lens from the opening game of the BBL season against @LDNCityRoyals #followthefox #BritishBasketball pic.twitter.com/KEBBwgkaRh

Kyle Carey came off the bench to begin his second Royals stint following his recent departure from Worcester Wolves, with Obi Agu – an NBL D2 title winner under Gardner at Kent Crusaders – and ex London Lions forward Abraham Ekperuoh rounding out the lineup.

Another former GB international, Will Saunders was recently confirmed as part of the 2019-20 roster as well as Lithuanian twins Darjus and Ksistof Lavirinovic with their vast National Team experience and having played Euroleague.

Lawrence became the latest big name signing for the Royals having snapped up Matthew Bryan-Amaning and Ashley Hamilton last summer, and the 29-year-old made an instant impression to showcase his quality having played all around the world since turning pro in 2013.

Elsewhere in the BBL on the opening weekend, Leicester Riders and Newcastle Eagles both went two from two, while defending Cup champions London Lions were convincingly beaten on the road at Worcester Wolves with Jordan Williams coming close to a triple-double with 13 points, 11 rebounds and nine assists.

Related Items1990 BornAndrew LawrenceFeatured
← Previous Story Five Things to Look Out For This Season in the BBL
Next Story → BBL Power Rankings: Road to The O2 – Week 1