Holly Winterburn Named to U20 Division B All-Tournament Team - Hoopsfix.com

Holly Winterburn Named to U20 Division B All-Tournament Team 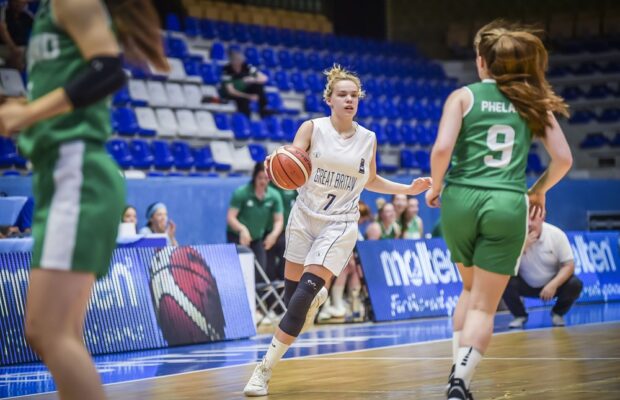 Holly Winterburn was recognised for an impressive tournament at the Under-20 European Championships in Division B with a spot in the All-Star Five.

The Oregon commit produced averages of 18.2 points, 4.8 rebounds and 4.8 assists per game as well as putting up 3.3 steals per outing.

GB missed out on promotion in Prishtina, Kosovo as they finished fourth after losing out to Ireland in the bronze medal game which decided the final place in the top-flight for next summer.

Winterburn has previous at starring on the international stage having also made the All-Star Five at Under-18 level in 2017 when GB finished fourth then, too.

Winterburn begins her college career next season having also been named MVP in the inaugural Hoopsfix All-Star Classic Under-19 Women’s game this summer.