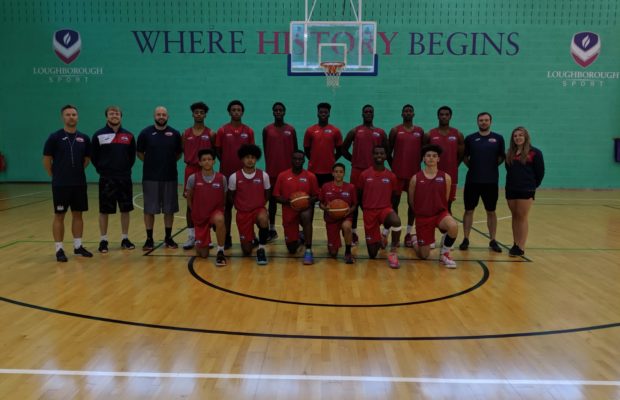 Great Britain Under-16s’ final 12 for the European Championships can be revealed as they open up their Division B campaign in Podgorica, Montenegro, today.

Head Coach James Vear has finalised his roster having trimmed the squad down from the 19 that were chosen for camp.

A special evening presenting our players with their first ever @gbbasketball playing jersey pic.twitter.com/aUsRoqQST2

“I am excited to see how talented this team is,” said Vear. “Unfortunately having no preparation games it’s hard to gauge where we are at and how good we can be, but in the camps we have had we have shown real promise – myself and the staff are excited for the tournament to start.”

Victor Faroukou is the only returning player from last year’s squad when GB reached the quarter-finals and ended up in 7th place.

2005-born guard Tyrese Lacey is the youngest amongst the team with Louie Tucker and Dara Adeyemi still playing at Under-15 level, while US-based Ethan Smith is also set for his GB debut.