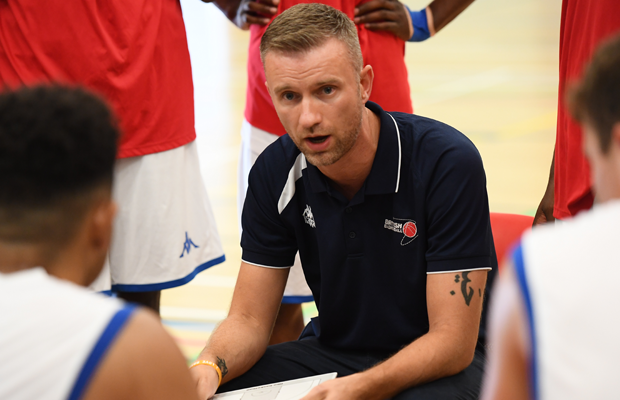 Great Britain Under-16s picked up their first win at the Division B European Championships, defeating Slovakia 74-58 on Thursday evening.

A 10-1 in the second quarter saw GB take control and they would never relinquish the lead again, extending their cushion to as many as 16 points, before holding off a late comeback that saw Slovakia pull to within 5 in the final period. A Pharrell Wallace-Steel three-pointer provided an immediate response, before big plays from Sultan Adewale down the stretch fended them off.

“The guys did a great job of bouncing back after yesterday’s loss,” Head Coach James Vear said.

“It was a team effort as well with everyone contributing. We have to make sure we refocus now and get ready for a tough game be Austria tomorrow.”

Victor Faroukou and Quinn Ellis had 11 points each to lead the scoring for GB, whilst Adewale had a 10-point, 11-rebound double-double.

GB are now 1-1 in Group D, currently sitting in third place, as they take on Austria on Saturday at 19:30.