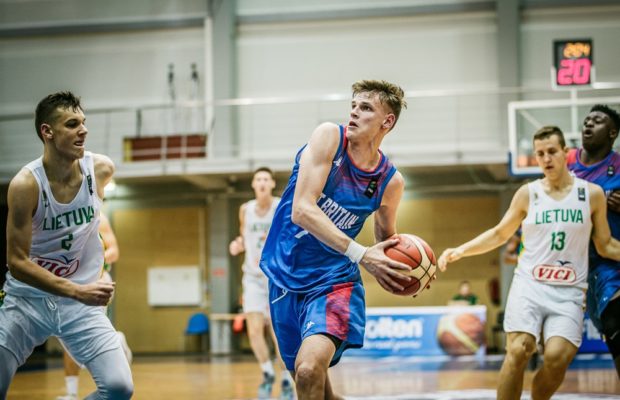 Great Britain Under-18s’ final 12-player squad for the upcoming European Championships next week has been announced.

Alan Keane’s men will head to Volos, Greece to start their Division A campaign on Saturday having finished 7th place last summer.

Five players of that squad stepped up to the Under-20s team that just achieved its highest-ever finish, while Chris Feeney, Mate Okros, Tomiwa Sulaiman and Tosan Evbuomwan return for another summer with the Under-18s.

11 of the 12 players suited up at the 2019 Hoopsfix All-Star Classic in June with Sulaiman MVP in the Underclassmen game, while Okros took MVP in the Class of 2019 game. Evbuomwan was unavailable, though he did play in 2018.