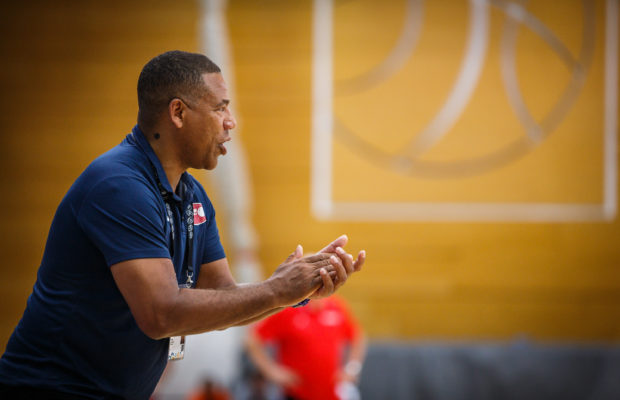 Great Britain Under-20s finished 8th at the 2019 European Championships after falling to a 82-63 loss against Croatia, in Tel-Aviv, on Sunday.

Karl Brown’s side make history with the team’s best-ever finish at the event, despite a 1-6 record having defeated relegated Serbia in the Round of 16.

Kaiyem Cleary top scored with by far a personal tournament best of 17 points with Jacob Round adding 12 points, while Kayne Henry grabbed 13 rebounds on a tough shooting night.

Croatia scored the first seven points of the game before GB recovered from a slow start to tie the game at 11-11 behind seven points from Amabilino-Perez. Another bench spark was provided from Cleary – who also had seven points – including five straight as part of a 7-0 close with Robinson’s dunk on the break making it 20-16 in GB’s favour.

However, an 8-0 start to the second saw the momentum shift back to Croatia before Round snapped the streak with his first points of the game from downtown. From being a single point behind, GB found themselves enduring another tough spell and went into the break down 42-31.

Cleary had 11 points off the bench for GB, while starting pair Henry and Romario Spence had a difficult first half with a combined 0 of 11.

Henry broke his duck from the foul line, whilst moving into double figures in rebounds with Round scoring nine points in the third as GB managed to narrowly reduce their arrears to head into the final quarter at 58-48.

Croatia pulled clear in the fourth with a 14-4 start to take their lead out to 20 points. Cleary converted on a four-point play before a dunk on the break as GB enjoyed a brief rally in the closing stages.

Six defeats from seven, but GB will be competing in Division A again next summer thanks to that sole victory.

Next up, the GB Under-18s start their Division A campaign next Saturday.