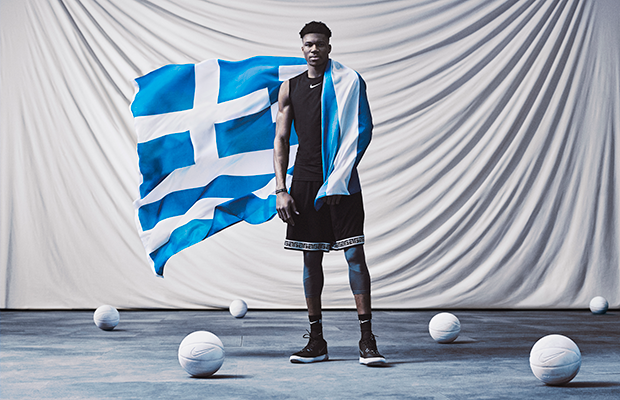 In a week that has seen him crowned NBA MVP, Greece’s Giannis Antetokounmpo made history as the first non-American player to have his own signature line with Nike.

Following in the footsteps of the likes of the Jordan brand, the Antetokounmpo line will be inclusive of apparel and footwear, filtering the staples of basketball culture — shorts, hoodies, etc. — through Antetokounmpo’s history and heritage in both life and sport.

Giannis’s first signature shoe, the Air Zoom 1, is a particular highlight of a collection created with in depth input from the ‘Greek Freak’ himself. Not only does the shoe look distinctive, but it is designed to serve Antetokounmpo like never before. 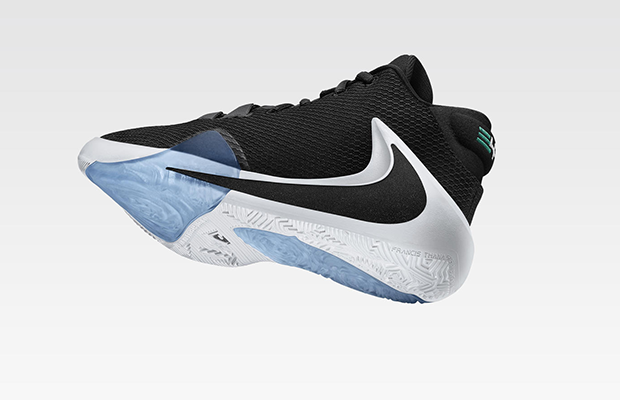 The footwork associated with Antetokounmpo’s game is met with a multidirectional traction pattern that aids positioning at the extremes of his lateral strides — the big toe and pinkie toe — as well as meeting more traditional needs of a sound defensive stance.

Further products under the Antetokounmpo banner range from the simplistic — direct celebrations of the Greek Freak with a play on the classic Nike Futura logo — to designs that honor the blend of stylistic influences he gained from engagement in sport and life in the streets of Sepolia, a rough Athens neighbourhood that formed the Antetokounmpo brothers.