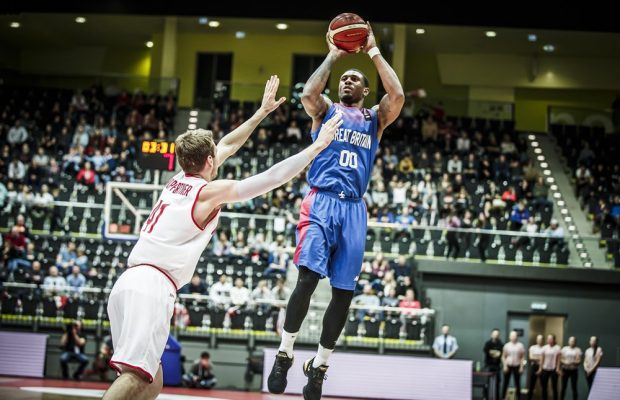 Great Britain’s Senior Men missed out on advancing to the EuroBasket 2021 qualifiers, despite securing a 75-78 away victory against Austria, on Sunday.

Alberto Lorenzo’s side needed to win by a margin of 14 points to top Group D, but they will now drop into the third round of the pre-qualifiers – needing to overcome Luxembourg and Kosovo over four games this summer.

.@myleshesson takes the feed from Ovie Soko to serve up the nasty finish and-1 for GB vs Austria today! 😱🇬🇧🏀#Hoopsfix #BritishBasketball pic.twitter.com/lB4rKsBYwX

Ovie Soko top scored with 19 points with Myles Hesson just behind on 18 as the duo each collected nine rebounds in the win. Teddy Okereafor was also in double figures with 12 points and added seven boards, himself.

“They came out strong,” Hesson said. “At the start they made a lot of shots from the perimeter. We found our rhythm in the second half, but we dug ourselves too big of a gap in the first leg at home.

“To come back from 14 points is a tough ask away on the road. We can be happy with our performance getting the win, it’s a tough team, but going forward, we need to execute at home as well as on the road.”

Austria made a strong start – behind the early scoring of Sylven Landesberg, who had 47 in the previous meeting – and the hosts led 27-19 after 10 minutes. GB began to close the gap in the second and they gradually moved ahead in the third period as their defensive effort set the tone.

Ovie Soko cleans up the miss for GB vs Austria in their #EuroBasket 2021 pre-qualifier yesterday! 😷🇬🇧🏀 #Hoopsfix #BritishBasketball pic.twitter.com/ZEXZEdunC0

The visitors had trailed 48-44 at the half, but were able to limit Landesberg in the third – with Conner Washington proving extremely effectual – and Soko’s basket made it 54-56 with 3:29 left in the quarter.

GB took a narrow 60-62 advantage into the final period and had momentum with them when Washington connected on a three to make it a nine-point gap inside the last five minutes. However, they were unable to push closer to the necessary margin and they came up short, despite the victory.

– GB finished second in Group D with a 3-1 record
– Lawrence, Okereafor, Hesson, Soko & Olaseni were the GB starters
– GB were beaten 82-96 by Austria in their previous meeting
– Rob Gilchrist was the only DNP for GB
– GB face Luxembourg and Kosovo home/away in the third round in August